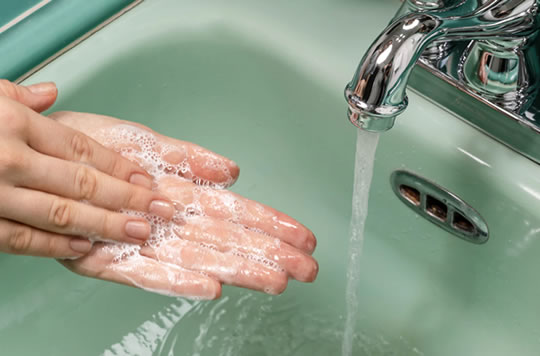 OCD affects around 2 percent of people at some point in their lives.

Unfortunately, people with OCD tend to use worse strategies to deal with anxiety, such as rumination, thought suppression and compulsive behaviours.

The motivations for obsessions in OCD are often highly rational.

People fear harm coming to themselves or their loved ones, so perform rituals they believe will reduce the risk.

Checking behaviours are the classic example.

However, accepting worry and intrusive thoughts is a more adaptive response to worry than obsessive checking.

The conclusions come from a study including 1,220 people, some of whom had OCD, others depression and the remainder unaffected by either.

All reported how they would cope with different situations.

The results showed that people with OCD had the fewest functional skills to help them adapt and cope.

Coping skills are important for many aspects of daily life beyond mental health.

Teaching children skills such as how to cope with bullying at school, poor performance or problems with their parents, for example, in the framework of general cognitive preventative treatment and resilience training in school, may help children to better deal with emotional turmoil and challenging situations during adolescence.

It may also prevent the progression of a vulnerability to later obsessive-compulsive disorder or depression as well as other disorders.”

The sign that someone has OCD is that their behaviours are driven by fear or intrusive thoughts that they are trying to get rid of.

People with OCD normally have unreasonable fears (called obsessions) which they try to reduce by performing certain behaviours (called compulsions).

OCD is thought to affect around 2.3 percent of people at some point in their lives.

Most people develop symptoms before they are twenty-years-old.

The study was published in the journal Cognitive Therapy and Research (Moritz et al., 2018).