The Most Annoying Barrier To Weight Loss 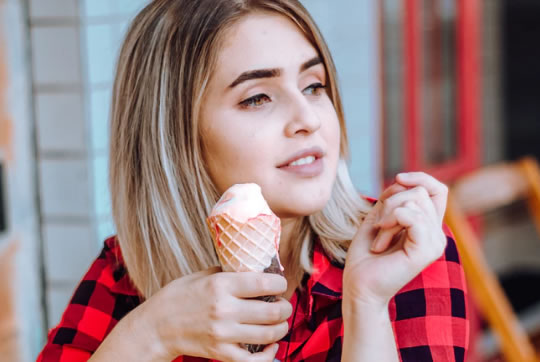 Being aware of this barrier may help improve weight loss strategies.

Obese people also continue to find food more satisfying, even after eating more of it.

In other words, obese people have to eat more of a tasty food to get bored of it.

Higher satisfaction from eating may be one of the biggest barriers to weight loss.

Being aware of this bias may help improve weight loss strategies.

“Obesity is a major public-health problem.

Thirty percent of the US population is obese, and obesity-related health problems (diabetes, hypertension, etc.) are increasing.

Causes of obesity are varied, but food consumption decisions play an important role, especially decisions about what foods to eat and how much to consume.

Taste perceptions may lead to overeating.

If people with obesity have different taste perceptions than non obese people, it could lead to better understanding of obesity and possibly designing new approaches to prevent obesity.”

The study included 290 people, some of whom were overweight and obese.

They were given as many pieces of chocolate to eat as they liked and asked about their satisfaction while eating.

In general, people find that the more they eat of a food, the less satisfaction they get from it — even chocolate.

“In our study population, people with obesity reported a higher level of satisfaction for each additional piece of chocolate compared to non-obese people.

Specifically, obese women needed to eat 12.5 pieces of chocolate to fall to the same level of taste perception as nonobese women who ate only 10 pieces, which corresponds to a difference of 67.5 calories.

This may, in part, explain why obese people consume more than non-obese people.”

The study was published in the Journal of the Academy of Nutrition and Dietetics (Miller et al., 2019).