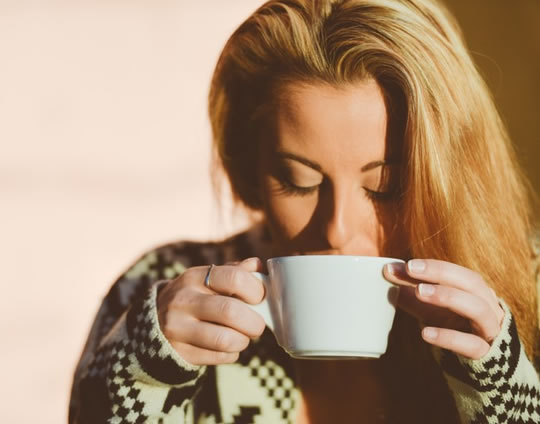 The common drink contains compounds called phenylindanes that may help protect against dementia.

Drinking coffee could protect against both Alzheimer’s and Parkinson’s, new research suggests.

The study looked at compounds in coffee called phenylindanes, which may help protect against dementia.

“Coffee consumption does seem to have some correlation to a decreased risk of developing Alzheimer’s disease and Parkinson’s disease.

But we wanted to investigate why that is — which compounds are involved and how they may impact age-related cognitive decline.”

The study examined how phenylindanes interact with two proteins that are critical to the development of Alzheimer’s and Parkinson’s.

The results showed that phenylindanes inhibit both beta amyloid and tau proteins.

It found that dark roasts had the highest quantities of phenylindanes.

Caffeine, though, made no difference, explained Dr Ross Mancini, the study’s first author:

“The caffeinated and de-caffeinated dark roast both had identical potencies in our initial experimental tests.

So we observed early on that its protective effect could not be due to caffeine.”

Dr Weaver said it is a major advantage that coffee is a natural crop:

If you have a complicated compound, it’s nicer to grow it in a crop, harvest the crop, grind the crop out and extract it than try to make it.”

More work will be required before therapies can be developed, Dr Weaver said:

“What this study does is take the epidemiological evidence and try to refine it and to demonstrate that there are indeed components within coffee that are beneficial to warding off cognitive decline.

It’s interesting but are we suggesting that coffee is a cure?

The study was published in the journal Frontiers in Neuroscience (Mancini et al., 2018).