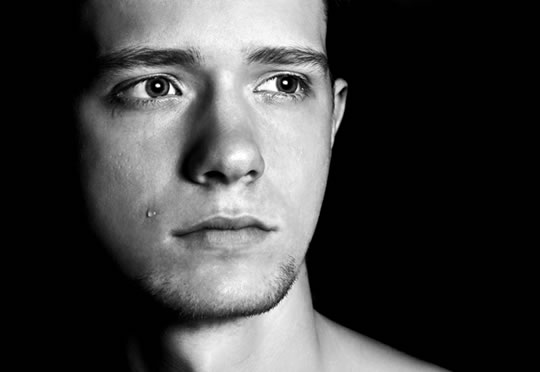 The conclusion comes from 21,000 Swedish twins who completed personality tests.

Negative emotionality is essentially being highly neurotic and involves finding it hard to deal with stress and experiencing a lot of negative emotions and mood swings.

Some neurotic people can be quite shy and self-conscious.

The good news is that a depressive personality can be changed, contrary to what many people think.

“…personality is at least somewhat malleable, especially in youth, but may forecast the onset of depression years in advance, which makes traits a potentially attractive means of identifying individuals at risk and informing selection of interventions.”

In addition, other aspects of personality can protect against the disadvantages of negative emotionality.

Being high in conscientiousness and an extravert together has a protective effect on people who are highly neurotic.

The conclusion comes from two studies — one looked at around 21,000 Swedish twins who completed personality tests.

They were followed up over 25 years later and asked about any experience of depression.

The results revealed that negative emotionality was key and that genetic factors were important in the development of depression.

“The personality trait of neuroticism – perhaps better understood as “negative emotionality” is a strong risk factor of major depression.

Our study shows that this occurs largely because levels of neuroticism are an index of the genetic liability to depression.”

The second study reviewed many other studies on the link between personality and depression.

It also found that neuroticism or negative emotionality is strongly linked to depression.

Moreover, personality characteristics appear to contribute to the onset and course of depression through a variety of pathways.”

Although links are sometimes found between depression and being introverted, as well as being low on conscientiousness, it is neuroticism that has the greatest link to depression.

The studies were was published in the journals Annual Review of Clinical Psychology and Archives of General Psychiatry (Klein et al., 2011; Kendler et al., 2006).