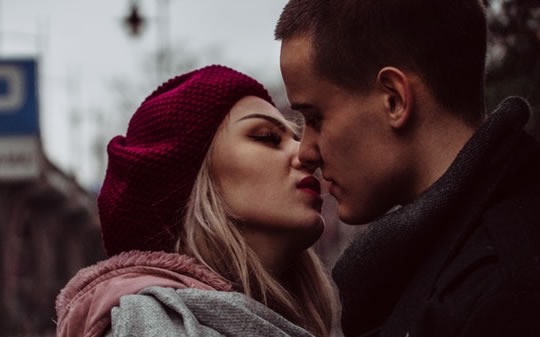 A study followed 168 couples for over 13 years, right from their wedding day.

Being overly affectionate in the first few years of marriage is a sign a couple will divorce later on, research finds.

While hugging and kissing is normal, being all over each other is a bad sign.

The reason is that this level of romantic bliss is hard to maintain.

Couples who start out too hot and heavy tend to get disillusioned.

It is like beginning a marathon by sprinting — you’re going to run out of puff.

Couples who stay together often have a less intense romance in the first few years of marriage.

The conclusions come from a study of 168 couples who were followed over 13 years, right from their wedding day.

The researchers looked at what predicted marriages would end quickly and what signals suggested it would break down in the long-run.

“As newlyweds, the couples who divorced after seven or more years were almost giddily affectionate, displaying about one third more affection than did spouses who were later happily married.”

In marriages that broke down quicker, the seeds of discontent were there very early — certainly within the first two months.

Couples who divorced within two years were at each other’s throats from the beginning.

“The results provide little support for the idea that emergence of distress (e.g., increasing negativity) early in marriage leads to marital failure but instead show that disillusionment — as reflected in an abatement of love, a decline in overt affection, a lessening of the conviction that one’s spouse is responsive, and an increase in ambivalence — distinguishes couples headed for divorce from those who establish a stable marital bond.”

The study was published in the Journal of Personality and Social Psychology (Huston et al., 2001).