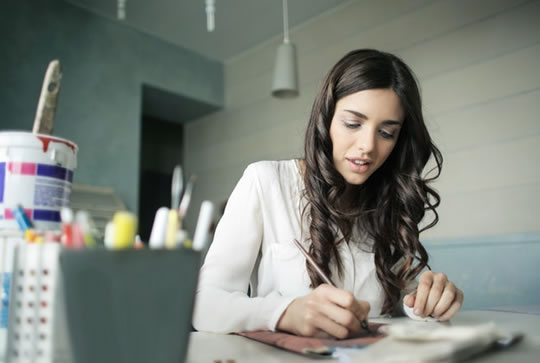 People with this trait had had twice as many sexual partners.

Creative people have twice as many sexual partners as the less creative, research finds.

The more creative a person is, the more sexual partners they have had.

“Creative people are often considered to be very attractive and get lots of attention as a result.

They tend to be charismatic and produce art and poetry that grabs people’s interest.

It could also be that very creative types lead a bohemian lifestyle and tend to act on more sexual impulses and opportunities, often purely for experience’s sake, than the average person would.

Moreover, it’s common to find that this sexual behaviour is tolerated in creative people. Partners, even long-term ones, are less likely to expect loyalty and fidelity from them.”

The study of 425 people compared professional artists and poets with people in non-creative fields.

They were asked about their creative activity, number of sexual partners and symptoms of schizophrenia.

The results showed that creative people had had an average of 4-10 sexual partners, while the average for others was three.

Certain aspects of personality linked to schizophrenia were also higher in creative people.

Dr Nettle thinks this hints at the purported connection between creativity and madness:

“These personality traits can manifest themselves in negative ways, in that a person with them is likely to be prone to the shadows of full-blown mental illness such as depression and suicidal thoughts.

This research shows there are positive reasons, such as their role in mate attraction and species survival, for why these characteristics are still around.”

In other words, madness, creativity and being sexy are all linked together so that these traits survive generation after generation, despite the harmful consequences of mental illness.

The study was published in the journal Proceedings of the Royal Society B (Nettle & Clegg, 2006).