Looking At This Colour Makes You 31% Smarter 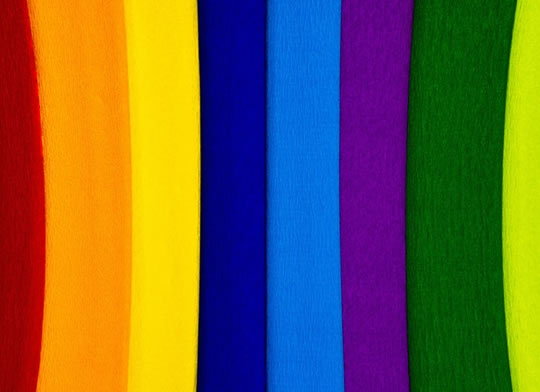 The colours that can make you smarter and more creative.

The colour blue, though, makes people more creative — doubling the number of creative ideas they produce.

“Previous research linked blue and red to enhanced cognitive performance, but disagreed on which provides the greatest boost.

It really depends on the nature of the task.”

The tasks were done on computers which displayed either a red or blue background to the task.

People did better on the detail-oriented tasks when the background was red.

Professor Zhu explained that this was because of the unconscious signals the colour sends:

“Thanks to stop signs, emergency vehicles and teachers’ red pens, we associate red with danger, mistakes and caution.

The avoidance motivation, or heightened state, that red activates makes us vigilant and thus helps us perform tasks where careful attention is required to produce a right or wrong answer.”

With a blue background, people produced twice as many creative ideas.

Dr Ravi Mehta, the study’s first author, said it was because it made people feel calm:

“Through associations with the sky, the ocean and water, most people associate blue with openness, peace and tranquility.

The benign cues make people feel safe about being creative and exploratory.

Not surprisingly it is people’s favourite colour.”

The studies were aimed at seeing how colours could be used in marketing to sell more products.

Red helped sell a toothpaste, the researchers found, when negative aspects, like cavity prevention, were emphasised.

The study was published in the journal Science (Mehta & Zhu, 2009).