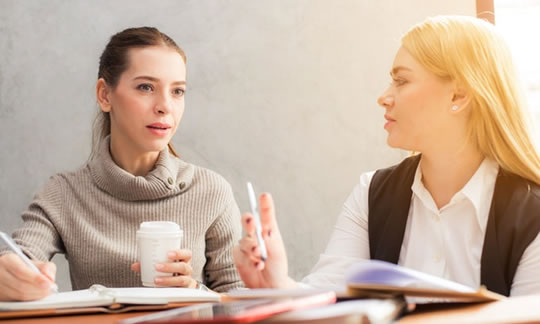 Spot the social signals people send with their voices.

People use a higher voice pitch when talking to someone they think is higher status than them, research finds.

This is because voice pitch moves upwards when people feel less dominant and often socially inferior.

People’s voice tends to pitch down when they feel more dominant and often socially superior.

“A deep, masculine voice sounds dominant, especially in men, while the opposite is true of a higher pitched voice.

So, if someone perceives their interviewer to be more dominant than them, they raise their pitch.

This may be a signal of submissiveness, to show the listener that you are not a threat, and to avoid possible confrontations.

“These changes in our speech may be conscious or unconscious but voice characteristics appear to be an important way to communicate social status.

We found both men and women alter their pitch in response to people they think are dominant and prestigious.”

The results come from a study in which people were given a mock interview.

People who rated themselves as having high social status tended not to change their pitch in response to their interlocutor.

“Signals and perceptions of human social status have an effect on virtually every human interaction, ranging from morphological characteristics — such as face shape — to body posture, specific language use, facial expressions and voices.

Understanding what these signals are, and what their effects are, will help us comprehend an essential part of human behaviour.”

The study was published in the journal PLOS ONE (Leongómez et al., 2017).