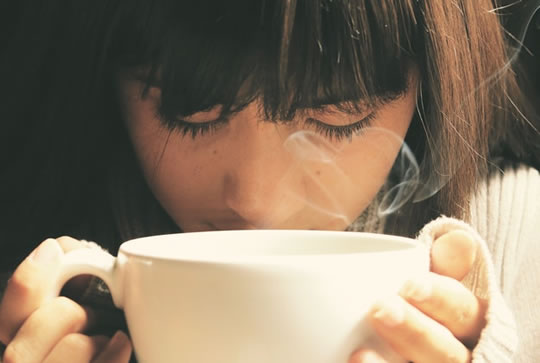 The neurochemical effects of coffee on the brain linked to cannabis by new study.

Drinking four to eight cups of coffee a day decreased the levels of neurotransmitters in the endocannabinoid system.

In other words, coffee has the opposite effect to cannabis (sort of).

Coffee consumption may also help weight loss by having the opposite effect to cannabis: reducing the ‘munchies’, instead of spurring them on.

The endocannabinoid pathway is also important in how the body regulates stress.

The researchers were surprised by the wide-ranging effects of coffee consumption on the human metabolism.

It apparently does way more than just waking us up in the morning.

“These are entirely new pathways by which coffee might affect health.

Now we want to delve deeper and study how these changes affect the body.”

People in the study abstained for coffee for one month and then consumed four cups in the second month and eight cups in the third month.

“The increased coffee consumption over the two-month span of the trial may have created enough stress to trigger a decrease in metabolites in this system.

It could be our bodies’ adaptation to try to get stress levels back to equilibrium.”

The endocannabinoid system is also involved in many other bodily process, such as cognition, blood pressure, immunity, addiction and sleep.

“The endocannabinoid pathways might impact eating behaviors, the classic case being the link between cannabis use and the munchies.”

“This is often thought to be due to caffeine’s ability to boost fat metabolism or the glucose-regulating effects of polyphenols (plant-derived chemicals).

The study was published in the Journal of Internal Medicine (Cornelis et al., 2018).