The 5 Most Effective Antidepressants 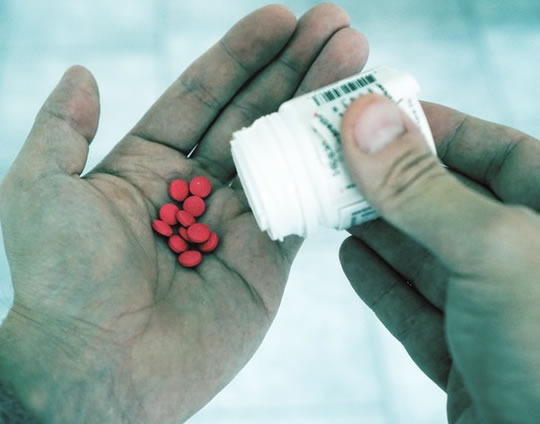 Antidepressants do work, according to a new review of 522 different studies involving 116,477 people.

The review — published in the medical journal The Lancet — found that 21 common antidepressants beat placebos in strictly controlled tests.

The study’s first author, Dr Andrea Cipriani, believes this is the ‘final answer’ to the controversy over whether or not antidepressants work.

The study found that antidepressants were better than placebo for moderate to severe depression.

The five most effective antidepressants, according to this research, are:

The four least effective antidepressants (although they still worked) were:

The study — known as a meta-analysis — brings together 522 different drug trials.

Some of these trials involved previously unpublished data from pharmaceutical companies.

Professor Carmine Pariante, at the London Institute of Psychiatry, who was not involved in the research, said:

“…the paper analyses unpublished data held by pharmaceutical companies, and shows that the funding of studies by these companies does not influence the result, thus confirming that the clinical usefulness of these drugs is not affected by pharma-sponsored spin.”

Professor Allan Young, Director of the Centre for Affective Disorders at London’s KCL, who was not involved in the research, said:

“…we should be aware that these findings only apply to major depressive disorder and are calculated from group data so individual patients may differ significantly in their responses.

A range of treatment choices should therefore be maintained.

Also a lot of “antidepressants” are used for other disorders (such as anxiety or OCD) or off-label (where the drug is prescribed for something other than the original condition for which it was officially approved) and this evidence does not apply in these instances.

However, the top line is that these findings should be considered good news as they confirm existing evidence that antidepressants do work and, for most people, the side-effects are worth it.”

Most of the studies involved using antidepressants for around 8 weeks — so the results don’t tell us anything about using them long-term.

They also cannot tell us which drugs are most suitable for individuals.

Although the side-effects of antidepressants are frequently pointed out, Professor Anthony Cleare at KCL (also not involved in the research) believes the benefits are worth it:

Some treatments were even better tolerated than placebo.

This suggests that, overall, patients judge that the greater effect of antidepressants in relieving depression counterbalances any side effects.

The study was published in the journal The Lancet (Cipriani et al., 2018).