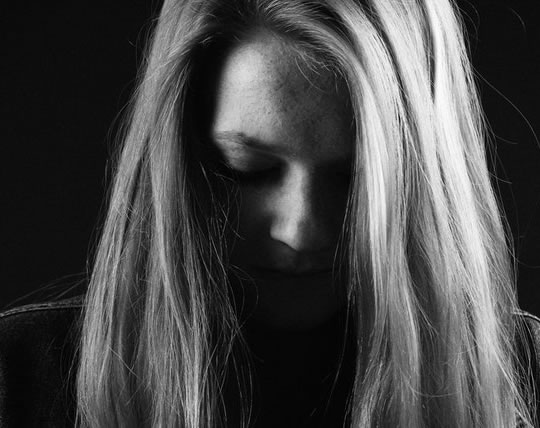 Depressed and suicidal people use these unexpected words more often.

People who are depressed use language that focuses more on themselves, research finds

Depressed people tend to use the words “I”, “myself” and “me” more than those who are not depressed.

This reflects the fact that depressed people often feel disconnected and alone.

→ Discover Dr Jeremy Dean’s depression ebook, Activate: How To Find Joy Again By Changing What You Do

A second linguistic signal of depression is the use of more ‘absolutist’ words, such as “totally”, “completely” or “always”.

Depressed people tend to have a more black-and-white view of the world — there is little room for gray in their thinking.

Their use of absolutist words clearly shows this.

Online groups such as Mumsnet were used as a control to compare with anxiety and depression groups.

The results showed that absolutist word use was 50% higher in anxiety and depression groups — and 80% higher in groups discussing suicide.

Unsurprisingly, studies also find that depressed and anxious people tend to use more words to express negative emotions, such as “sad” or “unhappy”.

The researchers also looked at a forum for people who had recovered from depression.

They talked in a much more positive way, an analysis of their language found.

Even in recovery, they were more likely to use absolutist language.

This suggests, the authors think, that black-and-white thinking remains as a kind of ‘scar’ after the episode of depression.

“…absolutist thinking has some trait-like qualities that persist outside of depressive episodes.

This is indeed what we observed.

Even though the recovery forums were largely very positive, the percentage of absolutist words in the recovery group… was significantly greater than the control forum group.”

The study was published in the journal Clinical Psychological Science (Al-Mosaiwi et al., 2018).