How To Appear Smarter Using Only Your Eyes 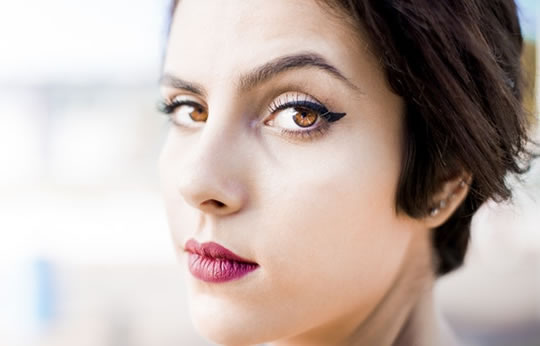 Research demonstrates how to use your eyes and voice to project a higher IQ.

Maintaining eye contact while talking is one of the easiest ways to appear smarter, research finds.

Other common ways to appear smarter include speaking pleasantly, clearly and quickly.

The handy tip comes from a study in which people were recorded while trying to act smart discussing an assigned topic.

This condition was compared to people who were given no instruction about how to act.

Judges viewed the video and rated the person’s apparent intelligence.

Maintaining eye contact while speaking was rated as giving the smartest appearance.

Two other signs of high IQ were:

However, neither of these was linked to people’s measured intelligence.

Still, you could use them, as it creates the right impression.

Other ways to look more intelligent were:

People did not use these methods spontaneously, though.

“Looking while speaking was a key behavior: It significantly correlated with IQ, was successfully manipulated by impression-managing targets, and contributed to higher perceived intelligence ratings.”

Along with more eye contact, other ways of appearing more intelligent are listed by the study’s authors:

“…pleasant speech style, clear or easy-to-understand communication, and faster speech rate all have been associated with higher perceived intelligence ratings.”

The study was published in the journal Personality and Social Psychology Bulletin (Murphy, 2007).