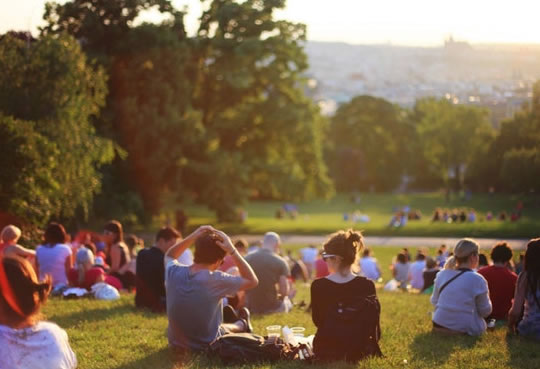 Double your attention span by doing your learning here.

Learning outside in a natural environment can double the attention span, new research finds.

The study of 9 and 10-year-olds found that when taught outside, they became more attentive and engaged.

Because of the ‘nature effect’, teachers were able to teach for twice as long as an indoor lesson.

Parks, trees and wildlife have been shown in many studies to increase the attention, motivation and physical activity of adults.

Studies have already shown that students demonstrate higher attention when they have a view of greenery from their classroom.

This study takes it to the next logical step.

“We wanted to see if we could put the nature effect to work in a school setting.

If you took a bunch of squirmy third-graders outdoors for lessons, would they show a benefit of having a lesson in nature, or would they just be bouncing off the walls afterward?”

For the study, teachers held classes indoors and outdoors and compared the difference.

They counted the number of times they had to tell children to sit down and refocus on their work.

The results showed that children were more engaged during the outdoor session.

Outdoors, the teacher only had to redirect their attention half as many times.

The research also included a teacher who was skeptical about the benefits of teaching outdoors.

“Our teachers were able to teach uninterrupted for almost twice as long at a time after the outdoor lesson, and we saw the nature effect with our skeptical teacher as well.

We’re excited to discover a way to teach students and refresh their minds for the next lesson at the same time.

Teachers can have their cake and eat it too.”

The study was published in the journal Frontiers in Psychology (Kuo et al., 2018).