How To Feel Happier In Only Two Minutes A Day 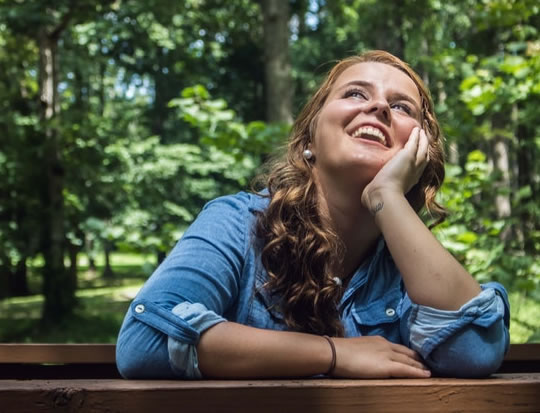 Both happiness and general well-being were boosted in the study of 395 people.

Taking a few moments to stop and look at something in the natural environment is enough to make people happier, research finds.

LIterally, ‘stopping and smelling the roses’, or in this case noticing anything in the natural world really does work.

Both happiness and well-being were boosted by noticing things like a bird, a house plant, a dandelion in the sidewalk, or just the sun shining through the window.

In the research, people took a photo of what they had noticed and quickly jotted down how they felt.

“This wasn’t about spending hours outdoors or going for long walks in the wilderness.

This is about the tree at a bus stop in the middle of a city and the positive effect that one tree can have on people.”

One group were told to noticed natural objects, while another were asked to observe man-made objects.

Both were also compared with a control group who did neither.

Together they submitted 2,500 photos, along with descriptions of their emotions at that moment.

The group who photographed and wrote a note about the natural environment had the highest well-being, the results showed.

“The difference in participants’ well-being — their happiness, sense of elevation, and their level of connectedness to other people, not just nature — was significantly higher than participants in the group noticing how human-built objects made them feel and the control group.”

People who noticed nature also felt more connected to it and to other people in general.

They also reported feeling more prosocial: in other words, they felt like helping other people out and placed a greater value on the community.

The study was published in The Journal of Positive Psychology (Passmore & Holder, 2016).