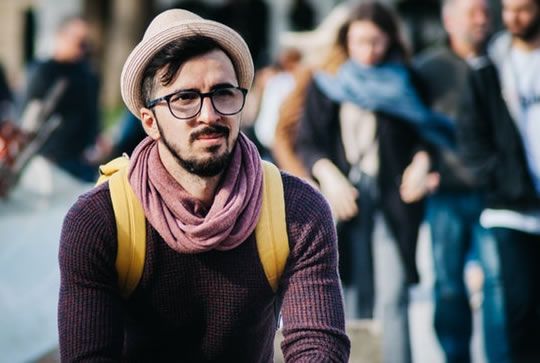 Anxiety about speaking a foreign language often stops people performing at their best.

Alcohol can improve your ability to speak a foreign language, a new study finds.

A low dose of alcohol — around a pint of beer for a man — enabled German speakers to better use their newly learned Dutch.

Alcohol seems to be particularly beneficial for the pronunciation of foreign languages.

Although the study did not test this, it may be because alcohol lowers social anxiety and increases self-confidence.

Dr Inge Kersbergen, one of the study’s authors, said:

“Our study shows that acute alcohol consumption may have beneficial effects on the pronunciation of a foreign language in people who recently learned that language.

This provides some support for the lay belief (among bilingual speakers) that a low dose of alcohol can improve their ability to speak a second language.”

The study compared the effects of a low dose of alcohol with a control drink that contained no alcohol.

Both groups of native German speakers held a short conversation in Dutch with the experimenter.

Afterwards they rated themselves and were rated by native Dutch speakers.

People did not think they themselves were speaking Dutch any better after alcohol, but Dutch observers liked their pronunciation better.

“It is important to point out that participants in this study consumed a low dose of alcohol.

Higher levels of alcohol consumption might not have beneficial effects on the pronunciation of a foreign language.”

Indeed alcohol damages the ability to pay attention, to remember and to….stand up straight.

“We need to be cautious about the implications of these results until we know more about what causes the observed results.

One possible mechanism could be the anxiety-reducing effect of alcohol.

But more research is needed to test this.”

The study was published in the Journal of Psychopharmacology (Renner et al., 2017).