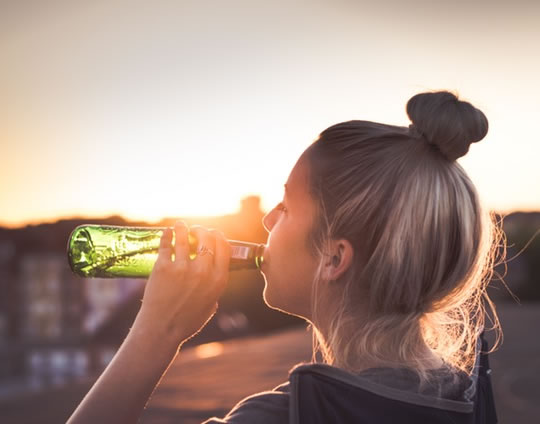 For the research, 88 people learned a series of words.

Half then drink around 4 UK units of alcohol.

This is around 2 standard drinks in the US.

When tested the next day, those that drank alcohol after learning could remember more words.

It is thought that alcohol may help to block out new information, so helping you retain what you have just learned.

“Our research not only showed that those who drank alcohol did better when repeating the word-learning task, but that this effect was stronger among those who drank more.”

“The causes of this effect are not fully understood, but the leading explanation is that alcohol blocks the learning of new information and therefore the brain has more resources available to lay down other recently learned information into long-term memory.

The theory is that the hippocampus — the brain area really important in memory — switches to ‘consolidating’ memories, transferring from short into longer-term memory.”

The study’s authors were quick to point out that alcohol has a limited positive effect when set against the damage to mental and physical health.

For example, one recent study found:

“Even moderate levels of alcohol consumption are linked to long-term brain damage and declines in mental skills, new research finds.

The conclusions come from a British study of 550 healthy men and women followed over 30 years.”

The study was published in the journal Scientific Reports (Carlyle et al., 2017).