The Amazing Reason Walking Is So Good For Your Brain 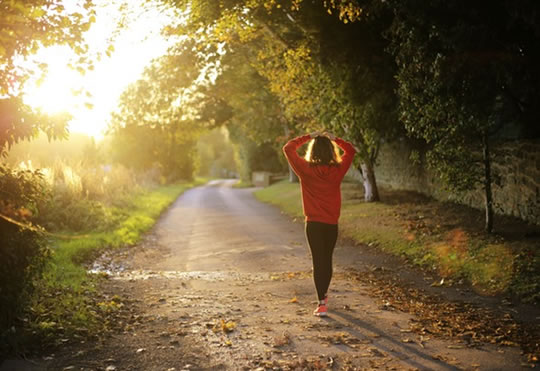 “I have two doctors, my left leg and my right.” – G.M. Trevelyan

When your foot hits the ground, it sends a pressure wave through the body that increases blood flow to the brain.

The new finding is a surprise to researchers who thought that blood flow to the brain was relatively unaffected by blood pressure changes.

“What is surprising is that it took so long for us to finally measure these obvious hydraulic effects on cerebral blood flow.

There is an optimizing rhythm between brain blood flow and ambulating.

Stride rates and their foot impacts are within the range of our normal heart rates (about 120/minute) when we are briskly moving along.”

For the study, ultrasound was used to measure blood flow through the carotid artery, which carries blood to the head.

The researchers found that walking produces much lighter foot impacts than running.

However, the effect on blood flow to the brain was still significant.

There is a continuum of hemodynamic effects on human brain blood flow within pedaling, walking and running. Speculatively, these activities may optimize brain perfusion, function, and overall sense of wellbeing during exercise.”

The art of walking

With or without the scientific explanation, though, humans have instinctively understood the benefits of walking for thousands of years.

It is only in the last century that we have become a society of passengers, sitting bored in metal boxes and tubes, wishing we were already there.

Walking and the art of walking are being lost.

The study “Acute Effects of Walking on Human Internal Carotid Blood Flow” was presented at the APS annual meeting at Experimental Biology 2017 in Chicago.