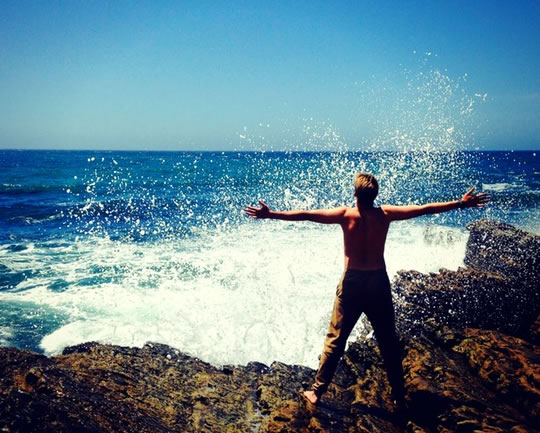 The hormone has already been linked to greater altruism, social bonding and other positive effects.

Men who took the hormone reported feeling more positive and with a greater sense of spirituality up to a week later.

Oxytocin is a neurotransmitter produced during sex.

It has already been linked to greater altruism, social bonding and other positive effects.

“Spirituality and meditation have each been linked to health and well-being in previous research.

We were interested in understanding biological factors that may enhance those spiritual experiences.

Oxytocin appears to be part of the way our bodies support spiritual beliefs.”

In the study, after taking the hormone, men took part in a guided meditation.

Those given oxytocin were more likely to agree with statements like:

During the meditation, those taking oxytocin were more likely to say they felt positive emotions like inspiration, hope, love, gratitude and serenity.

“Spirituality is complex and affected by many factors.

However, oxytocin does seem to affect how we perceive the world and what we believe.”

The study was published in the journal Social Cognitive and Affective Neuroscience (Van Cappellen et al., 2016).