The Simplest Motivational Technique May Also Be The Best 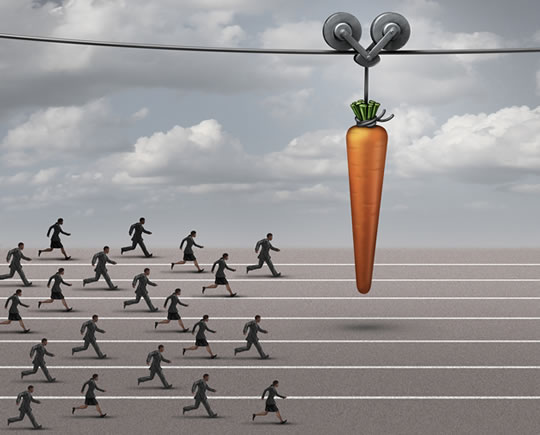 Thinking “I can do better” really can help improve performance, new research finds.

Self-talk like this increases the intensity of effort people make and even makes them feel happier as well.

The study compared the motivational power of self-talk, such as “I will do better” with imagery and if-then planning.

Imagery involved imagining doing better and if-then planning is making a plan to act in a certain way.

All three techniques improved performance, but self-talk was consistently the most powerful.

For the study over 44,000 took part in a competitive online game.

The researchers tested the three techniques in four different ways: to help improve the process, outcome, arousal-control and instruction.

For example, an outcome goal looks like this: “I will try to place first.”

While a process goal looks like this: “I can try to react quicker.”

Meanwhile, an instructional goal could be: “I will focus on the ball.”

The results showed that the greatest improvements in performance were seen for self-talk when focusing on the process and outcome.

Imagery also did well when focusing on process and outcome.

“…imagery and self-talk focused on motivational outcome and process were associated with faster performance, higher arousal, and greater effort, than participants in the control group.

Perhaps one of the reasons that self-talk is so effective is that people believe it is going to be effective.

“…whilst findings show the positive effects of imagery and self-talk strategies when focused on outcome and process, it appears self-talk process [strategies] had additional advantages in that participants believed it was an effective mental preparation strategy to use.

…self-talk is perceived to be beneficial, possibly because it is simpler to learn than imagery, which shows that some people struggle to learn imagery.”

The study was published in the journal Frontiers in Psychology (Lane et al., 2016).