How To Concentrate Automatically Without Even Trying 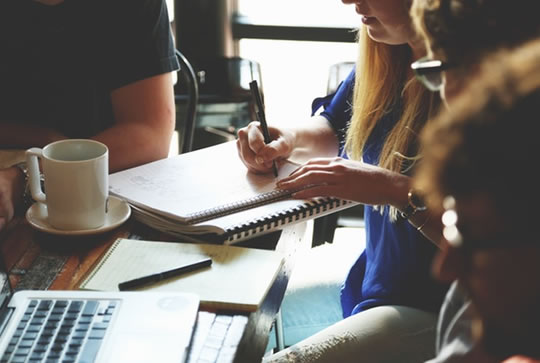 Scientists think it could be down to body posture or even smell.

Concentration is contagious, according to a new study.

Being around other people who are working hard automatically helps us work harder as well, researchers have found.

Scientists think it could be down to body posture.

The nonverbal signs of mental effort from those around may be enough to help us concentrate.

Or, maybe you can actually smell mental effort, the study’s authors write:

“Effort exertion is linked to a more tense body posture and the adoption of such a posture also leads to an increased level of effort exertion.

However, expanding the limits, more radical hypotheses should also be considered, such as the possibility that effort exertion is influenced by a difference in scent of someone else exerting high or low effort.”

In the study, people were sat side-by-side while performing a series of tasks.

Sometimes the task would suddenly become very difficult for one of the pair.

Even though the task was no more difficult for the other person, the mental effort was contagious.

“In the current study, we showed for the first time that the exertion of mental effort is contagious.

Simply performing a task next to a person who exerts a lot of effort in a task will make you do the same.”

Why do we do this?

It could be nothing more than an automatic response, the authors write:

“…it could be that this does not reflect a truly deliberate decision, but instead a more automatic tendency to imitate people, as is the case with yawning, rubbing your face, or shaking your foot, and facial expressions.”

Concentration is just one of many psychological properties found to be contagious between people.

For the full list, see: 8 Behaviours That Really Are Contagious.

The study was published in the journal Psychonomic Bulletin & Review (Desender et al., 2016).