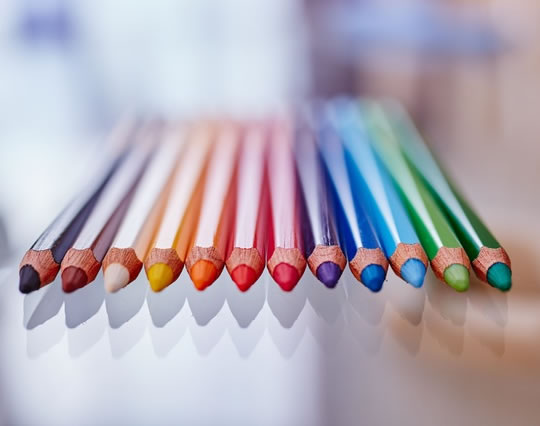 Study could explain why colouring books are becoming so popular.

Making art lowers the levels of stress hormones in your body, a new study finds.

And it doesn’t matter how good (or bad) you are at drawing, painting or modelling — the benefits are the same for all levels of experience.

Dr Girija Kaimal, one of the study’s authors, said:

“It was surprising and it also wasn’t.

It wasn’t surprising because that’s the core idea in art therapy: Everyone is creative and can be expressive in the visual arts when working in a supportive setting.

That said, I did expect that perhaps the effects would be stronger for those with prior experience.”

People of all ages in the study did some art for 45 minutes.

They had their cortisol levels measured before and after (cortisol is often known as the ‘stress hormone’).

No instructions were provided: people were simply given things like modelling clay, collage materials, paper and markers.

For 75% of participants, cortisol levels were lower afterwards.

“It was very relaxing.

After about five minutes, I felt less anxious. I was able to obsess less about things that I had not done or need [ed] to get done.

Doing art allowed me to put things into perspective.”

One-quarter, though, experienced a rise in cortisol levels.

“Some amount of cortisol is essential for functioning.

For example, our cortisol levels vary throughout the day—levels are highest in the morning because that gives us an energy boost to us going at the start of the day.

It could’ve been that the art-making resulted in a state of arousal and/or engagement in the study’s participants.”

The study is just one step of their research plan, Dr Kaimal said:

“We want to ultimately examine how creative pursuits could help with psychological well-being and, therefore, physiological health, as well.”

The study was published in the journal Art Therapy (Kaimal et al., 2016).