How To Read Personality From Online Profile Pictures 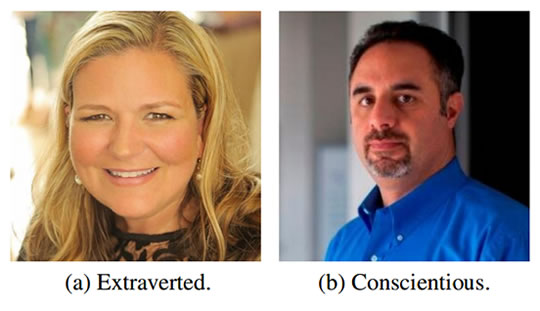 …and what your profile picture says about your personality.

Social media profile pictures can reveal clues about personality, according to new research.

Thousands of Twitter user’s pictures were included in the study, along with an analysis of their personality.

Here is how to spot each of the five aspects of personality:

They expressed the most emotions of all the different personality types.

This probably reflects the fact that conscientious people like to do what is expected of them.

People high in openness to experience often had the best pictures: these tended to be sharper, at higher contrast.

Their photos tended to be more artistic or unusual and their faces were often larger in the frame.

Extraverts used more colourful images and were more likely to show a group of people rather than just themselves.

Unsurprisingly, they were usually beaming at the camera.

People higher in neuroticism tended to use simpler photos with less colour.

They were more likely to show a blank expression or even to be hiding their face.

…but they are probably smiling and the pictures are bright and lively.

The study’s authors sum up their findings:

“Users that are either high in openness or neuroticism post less photos of people and when these are present, they tend not to express positive emotions.

The difference between the groups is in the aesthetic quality of the photos, higher for openness and lower for neuroticism.

Users high in conscientiousness, agreeableness or extraversion prefer pictures with at least one face and prefer presenting positive emotions through their facial expressions.

Conscientious users post more what is expected of a profile picture: pictures of one face that expresses the most positive emotion out of all traits.

Extraverts and agreeable people regularly post colorful pictures that convey emotion, although they are not the most aesthetically pleasing, especially for the latter trait.”

The study was published in the journal AAAI DIGITAL LIBRARY (Liu et al., 2016).