How To Raise Children With Short Attention Spans

Parents who let their attention wander during playtime could be raising children with shorter attention spans, new research finds.

So, being continuously distracted by your phone could be ‘passed on’ to your children.

“The ability of children to sustain attention is known as a strong indicator for later success in areas such as language acquisition, problem-solving and other key cognitive development milestones.

Caregivers who appear distracted or whose eyes wander a lot while their children play appear to negatively impact infants’ burgeoning attention spans during a key stage of development.” 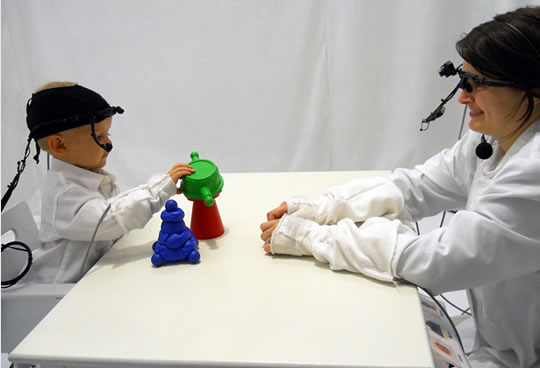 “Historically, psychologists regarded attention as an property of individual development.

Our study is one of the first to consider attention as impacted by social interaction.

It really appears to be an activity performed by two social partners since our study shows one individual’s attention significantly influence another’s.”

Parents and caregivers fell into two categories while playing with their children.

Some left children to play with what they wanted while others directed their children more.

“A lot of the parents were really trying too hard.

They were trying to show off their parenting skills, holding out toys for their kids and naming the objects.

But when you watch the camera footage, you can actually see the children’s eyes wandering to the ceilings or over their parents’ shoulders—they’re not paying attention at all.”

The best strategy was to let the children lead, said Professor Yu:

“The responsive parents were sensitive to their children’s interests and then supported their attention.

We found they didn’t even really need to try to redirect where the children were looking.”

Children who played with toys while their parents actually paid attention demonstrated four times the attentional skills themselves.

When parents were easily distracted, though, so were the children.

The study was published in the journal Current Biology (Yu & Smith, 2016).