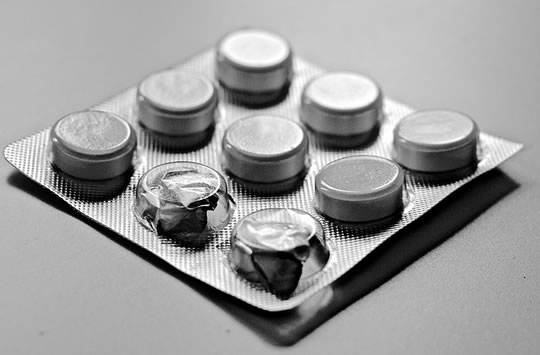 Prescription drugs taken by millions of people around the world can affect memory.

Memory loss is not always a result of ageing.

Here are five types of drugs that can affect memory.

The older type of antidepressants — known as tricyclics — have been linked to memory loss.

Some of the drug names include:

Around half of people taking them report problems concentrating and one-third say they have memory loss.

Benzodiazepines include drugs marketed under the names Valium, Ativan, Klonopin and Xanax.

These drugs are often prescribed for anxiety and other mental health issues such as OCD, insomnia and post-traumatic stress disorder.

Unfortunately they are also linked to memory loss and even Alzheimer’s.

“Current research is extremely clear and physicians need to partner with their patients to move them into therapies, like [modern] anti-depressants, that are proven to be safer and more effective.”

Statins are prescribed to many people to keep their cholesterol in a safer range.

The Food and Drug Administration lists memory loss, forgetfulness and confusion as possible side-effects of the drug.

Some people do report memory problems when taking them, but the studies conducted so far are inconclusive.

Beta-blockers slow the heart rate and are used to lower blood pressure.

They are also prescribed to those with congestive heart problems.

Beta-blockers, though, may also cause the loss of emotional memories.

They have even been tested as a way of treating post-traumatic stress disorder because of their ability to block emotional memories.

Again, though, the studies are not conclusive.

The ‘Z-drugs’ have been linked to memory loss: especially losing the ability to make new memories.

They have also been reported to cause strange behaviours like driving or cooking with absolutely no memory of the event.

What are the alternatives?

Where possible consider a psychological therapy or applicable alternative to using these drugs.

Naturally, you should always consult your physician before making changes to your medication.