The ‘Grammar Police’ Have A Certain Personality Type, Study Finds 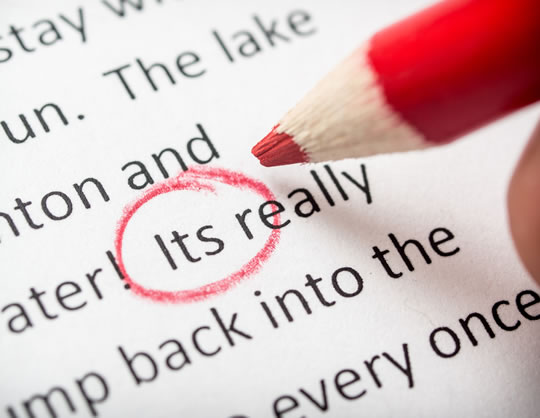 Have you ever fallen foul of the grammar police?

Introverts are more likely to judge a person negatively on the basis of grammatical errors and spelling mistakes, a new study finds.

People who are sensitive to grammatical errors are also more likely to be less agreeable by nature.

Extroverted people, though, are more likely to ignore written errors.

Professor Julie Boland, one of the study’s authors, said:

“This is the first study to show that the personality traits of listeners/readers have an effect on the interpretation of language.

In this experiment, we examined the social judgments that readers made about the writers.”

The study had people reading an ad for a house-mate which included some simple typos (for example, it said ‘mkae’ or ‘abuot’).

Typical grammatical errors were also made, including: to/too, it’s/its and your/you’re.

After the experiment, people were asked whether they had noticed the errors and how much it had bothered them.

One of the reasons that less agreeable people may be more sensitive to grammatical errors is it suggests ignorance, the study’s authors write:

“Typos are often attributed to carelessness and clumsy or hurried typing, rather than ignorance of spelling conventions.

Consider the common typo teh for the.

When we encounter this typo, it doesn’t occur to us that the writer doesn’t know how to spell the; instead we assume that error was caused by a mechanical problem, maybe the writer was typing in a rush or using a sub-optimal keyboard.

In contrast, when we encounter a grammo, like to for too, we may wonder if the writer is ignorant of the to/too distinction.

The study was published in the journal PLOS ONe (Boland & Queen, 2016).