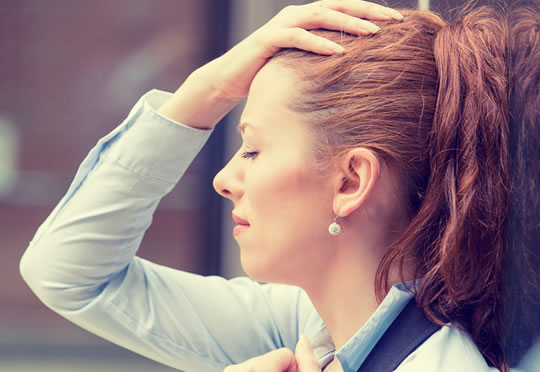 Not that this means mothers are solely responsible for any depression which daughters develop, Dr Fumiko Hoeft explained:

“Many factors play a role in depression — genes that are not inherited from the mother, social environment, and life experiences, to name only three.

Mother-daughter transmission is just one piece of it.

But this is the first study to bridge animal and human clinical research and show a possible matrilineal transmission of human corticolimbic circuitry, which has been implicated in depression, by scanning both parents and offspring.

It opens the door to a whole new avenue of research looking at intergenerational transmission patterns in the human brain.”

The conclusions come from a series of brain scans conducted on 35 families.

The researchers found that the volume of grey matter was more similar in certain areas related to the emotions in mothers and daughters.

Other family relationships did not show the same strong connection.

“This gives us a potential new tool to better understand depression and other neuropsychiatric conditions, as most conditions seem to show intergenerational transmission patterns.

Anxiety, autism, addition, schizophrenia, dyslexia, you name it — brain patterns inherited from both mothers and fathers have an impact on just about all of them.”

The study was published in the Journal of Neuroscience (Yamagata et al., 2016).