This Could Explain Why Women Are More Depressed Than Men, On Average 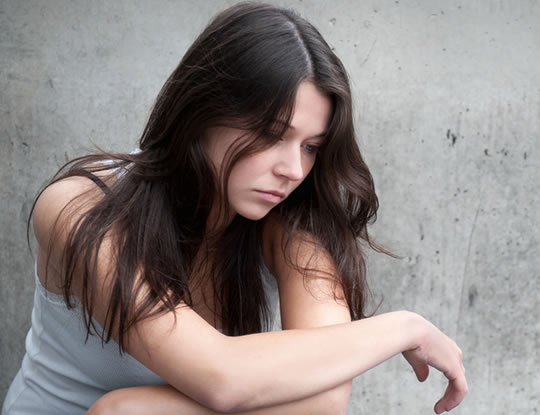 In the US, women are twice as likely to have been diagnosed with depression at some point.

Women’s high rate of depression could be partly related to lower wages, a new study concludes.

In the US, women are twice as likely to have been diagnosed with major depression at some point.

However, the research found that for women who were paid the same as their colleagues, there was no difference in depression diagnoses between men and women.

For women who were paid less, though, their risk of suffering from major depression was 2.5 times higher.

“Our results show that some of the gender disparities in depression and anxiety may be due to the effects of structural gender inequality in the workforce and beyond.

The social processes that sort women into certain jobs, compensate them less than equivalent male counterparts, and create gender disparities in domestic labor have material and psychosocial consequences.”

One explanation for the effect of wages on depression could be that women internalise a message of inferiority, said Mr Platt:

“If women internalize these negative experiences as reflective of inferior merit, rather than the result of discrimination, they may be at increased risk for depression and anxiety disorders.”

Women were matched with men based on their education and years of experience.

Dr Katherine Keyes, one of the study’s authors, said:

“Our findings suggest that policies must go beyond prohibiting overt gender discrimination like sexual harassment.

Further, while it is commonly believed that gender differences in depression and anxiety are biologically rooted, these results suggest that such differences are much more socially constructed that previously thought, indicating that gender disparities in psychiatric disorders are malleable and arise from unfair treatment.”

“Structural forms of discrimination may explain a substantial proportion of gender disparities in mood and anxiety disorders in the U.S. adult population.

Greater attention to the fundamental mechanisms that perpetuate wage disparities is needed, not only because it is unjust, but so that we may understand and be able to intervene to reduce subsequent health risks and disparities.”

The study was published in the journal Social Science & Medicine (Platt et al., 2016).