Two Emotional Skills That Are Blunted By Early Life Stress 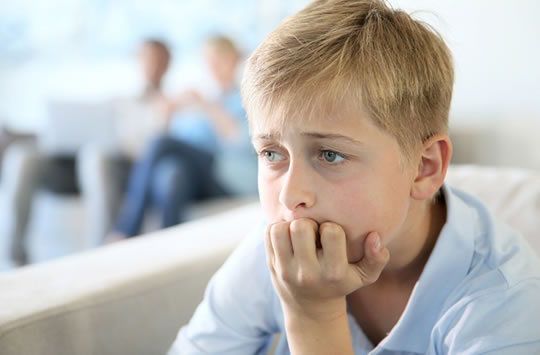 This is one of the reasons that experiencing stress early in life is a major risk factor for depression.

Studies show that neglected or abused children are almost twice as likely to experience depression later in life.

One of the causes is thought to be how neglect and abuse affects the way the brain processes reward.

“Our analyses revealed that over a two-year window during early to mid-adolescence, there was an abnormal decrease in the response of the ventral striatum to reward only in adolescents who had been exposed to emotional neglect, a relatively common form of childhood adversity where parents are persistently emotionally unresponsive and unavailable to their children.”

The study followed 106 adolescents between 11 and 15-years-old.

They had brain scans two years apart to look at any differences.

They were also asked about their moods and any experience of neglect or abuse.

Dr Hanson explained that lower activity in this area was linked to depression:

“Importantly, we further showed that this decrease in ventral striatum activity predicted the emergence of depressive symptoms during this key developmental period.

Our work is consistent with other recent studies finding deficient reward processing in depression, and further underscores the importance of considering such developmental pathways in efforts to protect individuals exposed to childhood adversity from later depression.”

Dr. John Krystal, editor of the journal which published the research, said:

“This insight is important because it suggests a neural pathway through which early life stress may contribute to depression.

This pathway might be targeted by neural stimulation treatments.

Further, it suggests that survivors of early life trauma and their families may benefit from learning about the possibility of consequences that might appear later in life.

This preparation could help lead to early intervention.”

The study was published in the journal Biological Psychiatry (Hanson et al., 2015).