The Best Treatment For Getting SAD in Winter 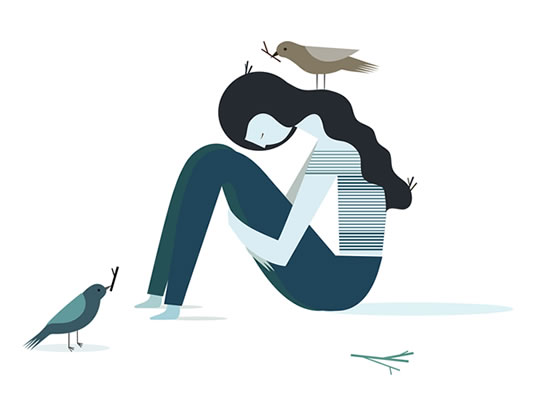 Light therapy can provide an instant boost for those suffering from SAD, but it’s not the best treatment.

Light therapy may not be the best way to treat seasonal affective disorder or SAD, finds a new study.

Instead, cognitive behaviour therapy (CBT) may be a better choice.

“Light therapy is a palliative treatment, like blood pressure medication, that requires you to keep using the treatment for it to be effective.

Adhering to the light therapy prescription upon waking for 30 minutes to an hour every day for up to five months in dark states can be burdensome.”

Light therapy can be useful for an instant boost, but, the study found, therapy is more effective in the long-run.

In the study, researchers put people suffering from SAD into two different groups for six weeks of treatment:

In therapy people learned to avoid social isolation, which can depress mood.

It also tried to challenge the idea that the dark winter months are inevitably depressing.

The study found that while people were keen on the light therapy at the start, by the second winter only 30% were still using the equipment.

CBT, though, gave people the skills they needed to cope.

Having better skills leads to a feeling of control over the situation — which is usually helpful.

Both treatments, though, are probably similarly effective over the short-term, said Professor Rohan:

“The degree of improvement was substantial.

Both treatments showed large, clinically significant improvements in depressive symptoms over six weeks in the winter.”

The study was published in the American Journal of Psychiatry (Rohan et al., 2015).