What Holocaust Survivors Can Teach Us About Gratitude 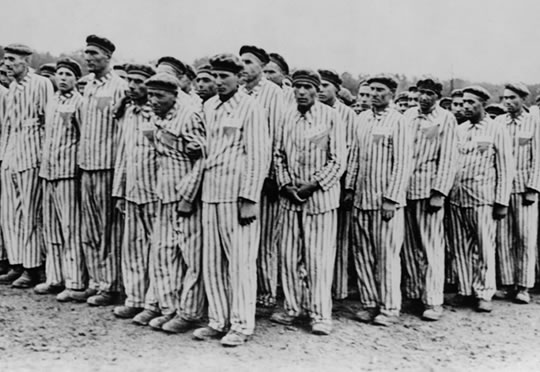 Neuroscientists have gained insights into how gratitude operates from an unexpected source.

Gratitude can be extraordinarily beneficial to the mind.

It can increase wellbeing and health, as well as bolster relationships (see: 10 Ways Gratitude Can Change Your Life).

Now neuroscientists have gained insights into how gratitude operates from an unexpected source.

The testimonies of Holocaust survivors have been used to track gratitude in the brain.

“In the midst of this awful tragedy, there were many acts of bravery and life-saving aid.

With the Holocaust, we only typically associate the awful things.

But when you listen to the survivors, you also hear stories of incredible virtue, and gratitude for the help they received.”

For the research 23 people who had no connection to the Holocaust were shown Holocaust survivors’ testimonies.

These briefly explained how Nazism and the persecution arose, about the Internment, the Final Solution and the Liberation.

People in the study were then given stories to read, while imagining they were the survivors.

These encouraged participants to think about typical acts of kindness that occurred, such as:

“You have been sick for weeks.

A prisoner who is a doctor finds medicine and saves your life.”

With brain scans, the neuroscientists were able to track the circuits involved in gratitude.

These include the ventral- and dorsal- medial pre-frontal cortex, as well as the anterior cingulate cortex.

“When they gave testimony to USC Shoah Foundation many Holocaust survivors told us that they found reason to be grateful, whether it was because of a stranger offering a bit of food or a neighbor providing a place to hide.

These small acts of generosity helped them hold on to their humanity.

That Glenn has been able to use testimonies in his incredible research on gratitude shows why it is so important to preserve the voices of people who lived through these dark times.”

The study was published in the journal Frontiers in Psychology (Fox et al., 2015).

• Read on: 10 Ways Gratitude Can Change Your Life