Learning: The Mental State You Won’t Believe Can Aid Understanding 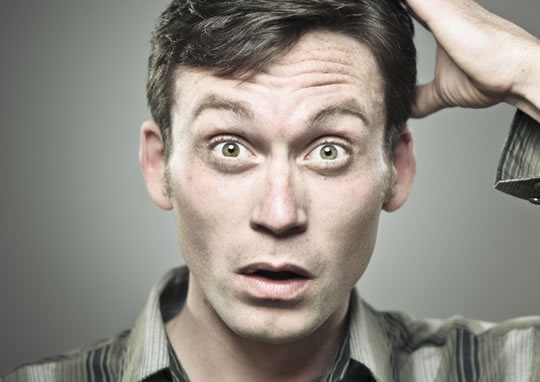 Confusion isn’t necessarily a sign that it’s time to give up on learning.

According to a recent study, it could be mean you will learn more effectively.

Bewilderment might be the first step in successful learning, rather than a sign that it’s all shot over your head.

The research found that students who experienced confusion when learning complex ideas, actually applied them better later on.

In the study, one group of students were taught a new concept in the usual way: by having it laid out correctly and clearly.

Another group, though, were given conflicting information and were motivated to try and work out what was true.

Students who worked their way through the confusion learned better than those who were served it up on a plate, the results showed.

“It is also important that the students are productively instead of hopelessly confused.

Furthermore, any misleading information in the form of confusion-induction techniques should be corrected over the course of the learning session, as was done in the present experiments.”

Productive confusion is not always helpful.

Dr D’Mello thinks that learners must…

“We have been investigating links between emotions and learning for almost a decade, and find that confusion can be beneficial to learning if appropriately regulated because it can cause learners to process the material more deeply in order to resolve their confusion.”

The research was published in the journal Learning and Instruction (D’Mello et al., 2012).