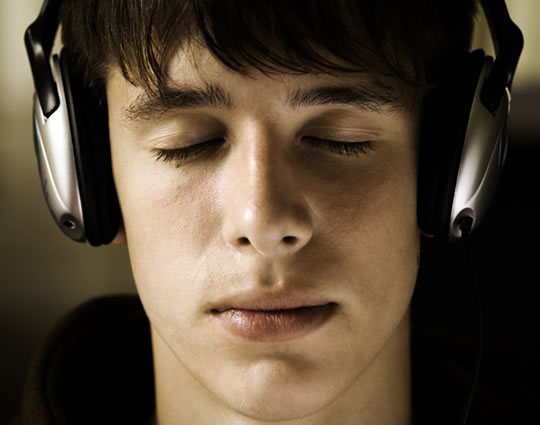 The effect of musical training on language skills and the brain’s response to sound.

Teenagers had sharper hearing and language skills after musical training, the psychologists concluded.

Benefits were seen after the adolescents took group music classes.

“While music programs are often the first to be cut when the school budget is tight, these results highlight music’s place in the high school curriculum.

Although learning to play music does not teach skills that seem directly relevant to most careers, the results suggest that music may engender what educators refer to as ‘learning to learn.'”

The conclusions come from a study which followed 40 adolescents from before they entered high school until three years later.

Around half started band classes while the rest joined the junior Reserve Officers’ Training Corps (ROTC).

Those taking the band classes had three hours of group instruction per week in school.

Electrical activity in their brains was measured before and afterwards.

The musical group showed more rapid maturation in the brain’s response to sound.

They also had better language skills than those who had joined the ROTC.

“Our results support the notion that the adolescent brain remains receptive to training, underscoring the importance of enrichment during the teenage years.”

The study was published in the journal Proceedings of the National Academy of Sciences (Tierney et al., 2015).

Listening to music image from Shutterstock