3 Ways a Smartphone Can Detect If You’re Depressed 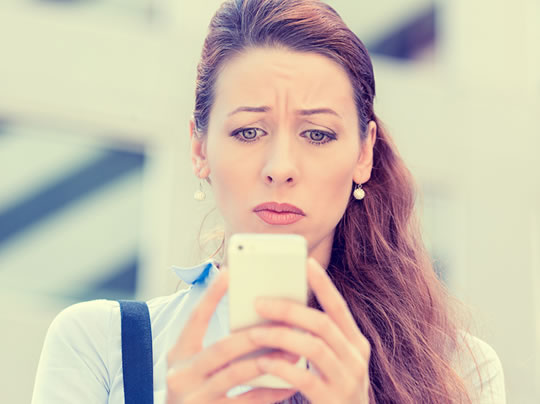 Depression can be predicted just from smartphone data, a small new study finds.

Just by tracking where people go and how much they use their smartphone, researchers were able to predict depression with 87% accuracy.

Dr David Mohr, one of the study’s authors, said:

“The significance of this is we can detect if a person has depressive symptoms and the severity of those symptoms without asking them any questions.”

For the study, researchers tracked 40 people through their smartphones over a period of two weeks.

The first key factor which predicted depression was time spent using the phone.

“People are likely, when on their phones, to avoid thinking about things that are troubling, painful feelings or difficult relationships.

It’s an avoidance behavior we see in depression.”

The second factor linked to depression was changes to normal schedules.

For example, by leaving for work at different times each day.

“The data showing depressed people tended not to go many places reflects the loss of motivation seen in depression.

When people are depressed, they tend to withdraw and don’t have the motivation or energy to go out and do things.”

Incredibly, the smartphone data was more accurate in predicting depression than simply asking people how happy or sad they were each day.

The researchers think the technology could be used to monitor people who are at risk of depression.

It may also be of benefit in encouraging helpful behaviour changes.

“We will see if we can reduce symptoms of depression by encouraging people to visit more locations throughout the day, have a more regular routine, spend more time in a variety of places or reduce mobile phone use.”

The study was published in the Journal of Medical Internet Research (Saeb et al., 2015).