Is Our Psychology More Nature or Nurture? 29 Million Twins Reveal All 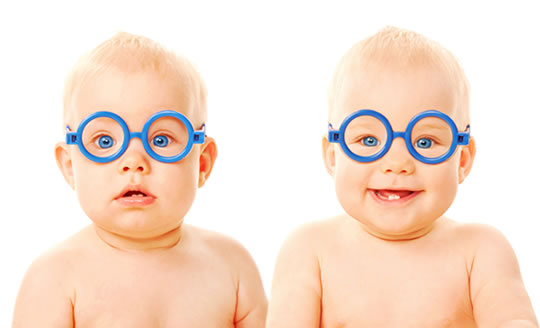 14.5 million pairs of twins reveal the root cause of your personality, intelligence, propensity for mental illness and health.

The effect of genetics versus the environment is around 50/50, a new study finds.

When it comes to personality, intelligence, health and many other factors, nature and nurture play their part equally.

To reach this conclusion, scientists have reviewed almost every twin study conducted in the last 50 years.

Dr Beben Benyamin, one of the study’s authors, said:

“There has still been conjecture over how much variation is caused by genetics and how much is caused by environmental factors — what people call nature versus nurture.

We wanted to resolve that by revisiting almost all the genetic twin studies conducted over the past 50 years, and comparing all of them together.

“…there is overwhelming evidence that both genetic and environmental factors can influence traits and diseases.

What is comforting is that, on average, about 50 per cent of individual differences are genetic and 50 per cent are environmental.

The findings show that we need to look at ourselves outside of a view of nature versus nurture, and instead look at it as nature and nurture.”

While most traits were balanced between nature and nurture, this wasn’t true for all of them.

For example, bipolar disorder was found to be 70% genetics and only 30% environmental factors.

Schizophrenia was also found to be 70% genetic.

At the other extreme, social values are 70% shaped by environment and only 30% by genetics.

Twin studies are the classic way of examining the effects of nature versus nurture.

This is because identical twins share almost 100% of the same genes and much of the same environment.

Fraternal twins, however, share around 50% of their genes while sharing much the same environment.

Taken together, this makes it possible to work out the relative contributions of the environment and of genetics.

The research is published in the journal Nature Genetics (Polderman et al., 2015).