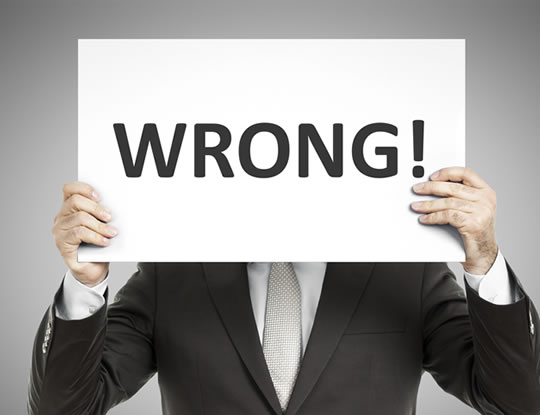 The full moon is NOT linked to busier hospital emergency rooms or more births, a new study finds.

The belief that there might be a link is likely down to a bias in the way even intelligent people think called the confirmation bias.

Jean-Luc Margot, a UCLA professor of planetary astronomy, who carried out the study, said:

“Some nurses ascribe the apparent chaos to the moon, but dozens of studies show that the belief is unfounded.”

Despite the belief being remarkably common in hospitals, the study, published in the journal Nursing Research, found no evidence for it (Margot, 2015).

Similarly there’s NO evidence that the moon has any influence on:

The fact that intelligent people continue to believe in things like this is at least partly down to the ‘confirmation bias‘.

It arises because people search for information that confirms their view of the world and ignore what doesn’t fit.

People do it automatically, usually without realising.

It’s easier to see evidence for a pet theory than imagining a new picture.

It also helps people view themselves as accurate, right-thinking, consistent people who know what’s what.

Unfortunately these false beliefs can have devastating consequences.

For example, the recent outbreak in measles in the US is probably due to parent’s failing to get their children vaccinated.

Professor Margot thinks the key to avoiding the confirmation bias is adopting a humble attitude:

“Vaccines are widely and correctly regarded as one of the greatest public health achievements, yet vaccine-preventable diseases are killing people because of beliefs that are out of step with scientific facts.

A willingness to engage in evidence-based reasoning and admit that one’s beliefs may be incorrect will produce a more accurate view of the world and result in better decision-making.

Perhaps we can start by correcting our delusions about the moon, and work from there.”

Once you know about the confirmation bias, you’ll see it everywhere (geddit?).