How Parents Turn Their Children Into Narcissists 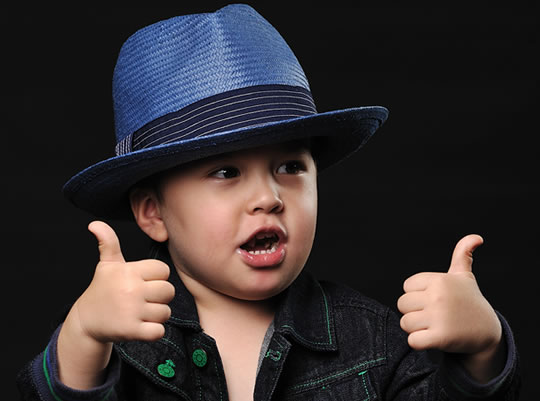 Creating narcissists: the parental behaviour that convinces children they are better than other people.

Parents turn their children into little narcissists by overvaluing them, a new study finds.

It is better to concentrate on being emotionally warm towards children — this leads to higher self-esteem, not narcissism.

Professor Brad Bushman, one of the study’s authors, said:

“Children believe it when their parents tell them that they are more special than others.

That may not be good for them or for society.”

The study is the first of its kind to follow children over time to examine how narcissists evolve.

The researchers followed 565 children in the Netherlands who were between 7 and 11 when the study started.

This is the critical age when narcissists emerge.

The children were tested for typical personality traits of narcissists, like thinking you are better than other people.

The children’s parents were also asked about their children.

Professor Bushman explained that his research had changed his own parenting style:

“When I first started doing this research in the 1990s, I used to think my children should be treated like they were extra-special.

I’m careful not to do that now.

It is important to express warmth to your children because that may promote self-esteem, but overvaluing them may promote higher narcissism.”

A previous study by the same researchers caught out parents who overvalued their children.

They were asked if their children knew about “Queen Alberta” and “The Tale of Benson Bunny.”

Although both were made up by the researchers, some parents claimed their children knew all about them.

“Overvaluing parents tended to claim that their child had knowledge of many different topics – even these nonexistent ones.”

Of course overvaluing children is not the only cause of narcissism, there are also genetic and other environmental factors.

“Some children may be more likely than others to become narcissistic when their parents overvalue them.”

“Parent training interventions can, for example, teach parents to express affection and appreciation toward children without telling children that they are superior to others or entitled to privileges.”

The study was published in the Proceedings of the National Academy of Sciences (Brummelman et al., 2015).

Child in hat image from Shutterstock