The Totally Unexpected Effect of Stress On How You Feel Pain 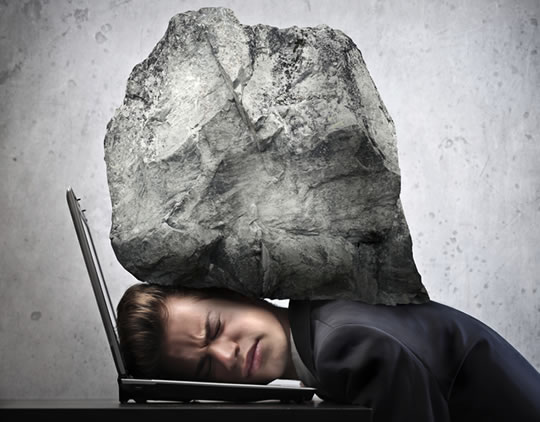 Stress’ effect on pain was the exact reverse of what scientists expected.

Scientists have been surprised to find that under psychosocial stress — such as during an exam — people find it more difficult to inhibit pain and feel that pain more intensely.

The results come as a surprise since ‘common knowledge’ suggests that people become more resistant to pain under stress.

In the study, 29 men were given a rigged math test which stressed them out by sometimes telling them their answers were wrong, even when they are right.

Before and afterwards, they were also given a series of different pain tests.

The results, published in the journal Pain, were the exact opposite of what they expected (Geva et al., 2014).

“We were sure we would see an increased ability to modulate pain, because you hear anecdotes about people who are injured during fighting or sports having greater pain modulation.

But we were surprised to find quite the opposite.

While there was no visible effect of acute stress on the subject’s pain threshold or tolerance, pain modulation decreased in a very dramatic way.”

In other words: under stress people could cope with the same amount of pain, but were unable to ‘turn down’ the sensation.

Some people were particularly susceptible to stress, Professor Defrin explained:

“We found that not only does psychosocial stress reduce the ability to modulate pain, the changes were significantly more robust among subjects with stronger reaction to stress (‘high responders’).

The higher the perceived stress, the more dysfunctional the pain modulation capabilities became.

In other words, the type of stress and magnitude of its appraisal determine its interaction with the pain system.

We know from our previous studies and studies of others that chronic stress is far more damaging than acute stress, associated not only with dysfunctional pain modulation capabilities but also with chronic pain and systemic illnesses,”

While there is no way to predict the type of stress we will feel under different circumstances, it is advisable to do everything in our power — adopt relaxation and stress reduction techniques as well as therapy — to reduce the amount of stress in our lives.”