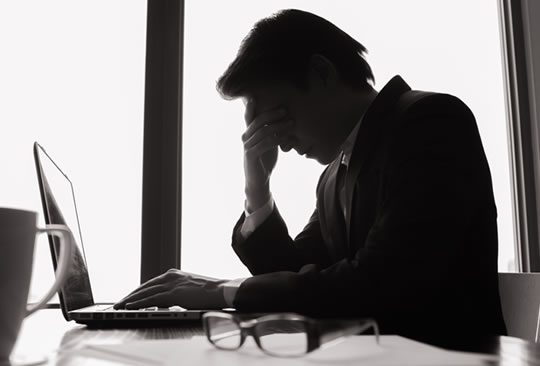 One-third of workers would hide mental health problems from their manager, with many worried about how it would affect their careers, a new survey finds.

The survey also found that 64% of people said they would be ‘concerned’ about the performance of a co-worker with mental health problems.

Nevertheless, research suggests that workers with a mental health issue perform better if they disclose the issue than if they hide it.

Being honest with managers will help to explain absences for treatment, which may be difficult to account for otherwise.

“A significant number of working people have mental health problems, or have taken a disability leave related to mental health.

Annually, almost three per cent of workers are on a short-term disability leave related to mental illness.

Stigma is a barrier to people seeking help.

Yet by getting treatment, it would benefit the worker and the workplace, and minimize productivity loss,”

They research surveyed 2,219 adults in Ontario, asking them whether they would hide mental health issues, and the reason why.

The results, published in The International Journal of Occupational and Environmental Medicine, found that almost half would be concerned about the reliability and safety of a co-worker with mental health problems (Dewa, 2104).

The reaction to mental health issues was not all negative, though, as Dr. Dewa explained:

“One surprising thing we found was that 50 per cent said they were concerned because they’d want to help their co-worker.”

One way of dealing with the issues raised by mental health problems in the workplace is by creating a disclosure plan, Dr. Dewa writes:

“Rather than focus on the diagnoses, the plan would address areas in which there are functional difficulties.

The manager and worker could create a list of work accommodations to help compensate for the difficulties.

In this way, there is an acknowledgement of potential decreases in productivity.

Concomitantly, there is a concrete way of meeting them.

In this way, it reinforces the idea that struggles with mental disorders at work are something that can be successfully addressed.”