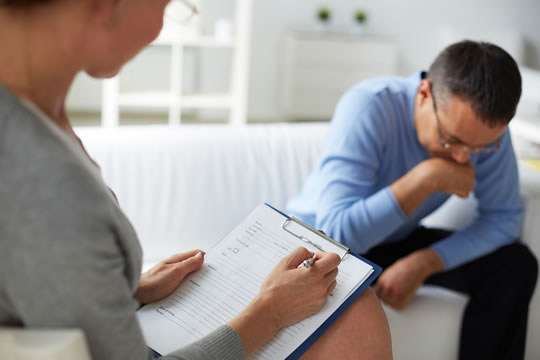 Brain scans may help people get the right therapy for depression.

Neuroscientists have shown that brain scans can predict which patients with clinical depression will benefit from talk therapy.

The technique could help avoid months of trial and error in the treatment of clinical depression.

Dr Gabriel S. Dichter, one of the study’s authors, said:

“In the future, we will be able to use non-invasive brain imaging technology to match patients with the treatment option that has the best chance of lifting their depression.

In my mind, that’s as important as developing new treatments.

We already have a lot of excellent treatments but no way to know which one is best for a particular patient.”

Around one in six people will experience a period of major depression in their lives and among these, many will have multiple bouts.

A variety of different treatments are available, but 40% of the time people are not helped by the first one they try.

In the study, published in the journal Neuropsychopharmacology, 23 patients experiencing a major depressive episode had their brains scanned in its resting state (Crowther et al., 2015).

They were then given a form of talk therapy known as behavioural activation.

In comparison to other therapies which delve into childhood experiences (e.g. psychodynamic) or try to alter thought processes (e.g. cognitive-behavioural therapy), behavioural activation focuses on things you can do right now.

These might include planning how to get to work on time or working out how to socialise effectively with loved ones.

Patients set clear, immediate goals, which they can then feel good about achieving.

The researchers found a better response to the therapy among patients who had stronger connections in areas of the brain relating to assigning positive or negative values to events and in concentration.

“There’s a complex interplay between the regions of the brain that are involved in cognitive control and those regions involved in understanding how something is going to feel.

We’ve known for a long time that atypical connections between those regions are involved in depression, but now we know that they can also be involved in how a person responds to talk therapy.”

“It’s a long road to find the right treatment for each patient.

Our goal is to develop a road map, to use this type of information to predict which patients will respond to which treatments.”