The Curious Effect of Depression on Intuitive Thinking Skills 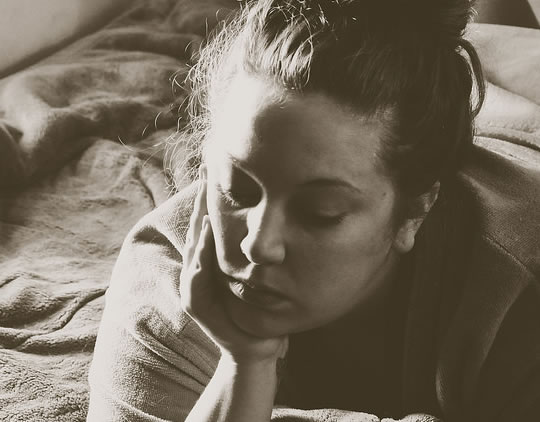 First experiment to find a link between depression and intuition.

The research may help explain why people who are depressed say they find it difficult to make ordinary, everyday decisions.

In the experiment, published in the British Journal of Clinical Psychology, half the participants had major depressive disorder, while the other were a healthy control group (Remmers et al., 2014).

Both groups were given a measure of intuitive thinking which involved finding the link between words.

For example, is there a fourth word that connects these three: ‘foam’, ‘salt’ and ‘deep’?

Participants were only given 3.5 seconds to make the judgement — frequently not long enough to consciously work out the answer.

Think about it briefly yourself: even if you can’t say what the connecting word is, you may well have an intuitive sense whether one exists or not.

For some of the sets of three words a linking word existed, for others it didn’t.

The results showed that both groups did equally well at finding the linking word (when it existed) but, crucially, the depressed group had the weakest intuitive sense of whether a linking word existed or not.

The reason depression interferes with intuition seems to be that it makes a person think too analytically and inhibits the more creative processes in the brain.

While intuition doesn’t always provide the correct answer, it can be a useful guideline or starting point for decision-making.

Without it, everything has to be laboriously and carefully thought out, from the smallest decisions to the largest.

People who are depressed are particularly vulnerable to a kind of ‘analysis paralysis’, as turn over thoughts and feelings in their heads, looking for causes and effects.

(By the way, another word does link the other three, it is ‘sea’.)

• Read on: Depression: 10 Fascinating Insights into a Misunderstood Condition