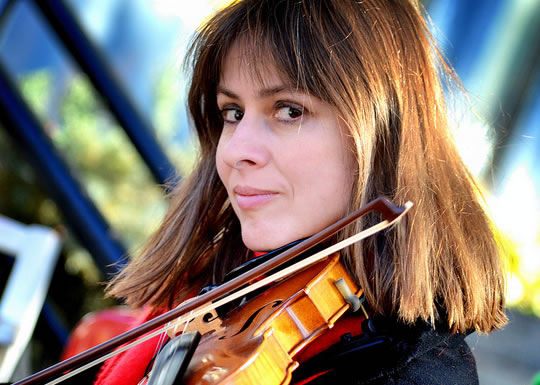 The fascinating effect of music on people’s cognitive abilities.

Their brains are also capable of much faster neural responses in key areas of the brain related to decision-making, memory and attention.

The results were presented at the Society for Neuroscience annual meeting in Washington, DC (Schaeffer et al., 2014).

“Musically trained people are known to process linguistic materials a split second faster than those without training, and previous research also has shown musicians have advantages in working memory.

What we wanted to know is whether there are differences between pictorial and verbal tasks and whether any advantages extend to long-term memory.

If proven, those advantages could represent an intervention option to explore for people with cognitive challenges.”

The 14 professional musicians in the study — all of whom had been playing for 15 years — were given a series of pictures and words to remember.

Their results on a long-term memory test were compared with a group of 15 non-musicians.

While they did the test, their neural responses were measured using electroencephalography (EEG) technology.

The musicians had the advantage in long-term memory for the pictures, although not the verbal items.

Measures of the musicians’ brain function also showed that their neural response was faster than non-musicians.

Areas in the mid-frontal region — those associated with decision-making — were between one-third and half-a-second faster.

In the parietal lobes — which are associated with the senses, memory and attention — their neural response were sometimes almost one second faster than non-musicians.

It’s not yet known why these advantages in processing and memory occur, but Dr. Park speculates that learning to navigate musical scores may be partly responsible.

This study adds to a growing body of evidence showing that musical training has a wonderful positive effect on cognitive abilities.