How People Use Social Media to Manage Their Emotions 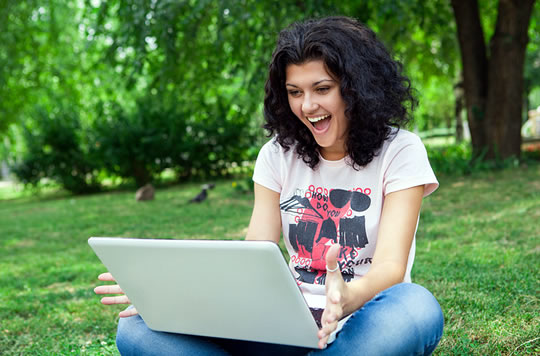 People usually search out positive posts on social media — but not always.

People who are in a bad mood spend more time searching social media for others who are doing worse than they are, a new study finds.

This goes against the usual trend that people look mainly for posts that are generally positive and uplifting.

This is because how we compare ourselves to others has a powerful effect on how we feel — but it depends on our motivation.

Upward comparisons to those who are doing better than us can be beneficial when people are in a good mood, but they can be depressing when we are already feeling down.

“People have the ability to manage how they use social media.

Generally, most of us look for the positive on social media sites.

But if you’re feeling vulnerable, you’ll look for people on Facebook who are having a bad day or who aren’t as good at presenting themselves positively, just to make yourself feel better.”

The conclusions are based on a study which put 168 people into either a good or bad mood by telling them they’d done well — or poorly — on a test (Johnson & Knobloch-Westerwick, 2014)

Afterwards they were asked to review a new social networking site, that the researchers called SocialLink.

There were eight profiles on the site, some made to look more attractive and successful than others.

Here is what participants saw: 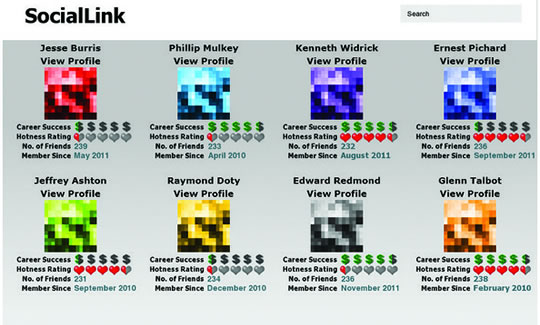 The faces were pixelated out so that participants wouldn’t be influenced by people’s actual appearance, but had to go on the ‘heart’ and ‘dollar sign’ ratings below them.

The profiles themselves were generic, with little to distinguish between them.

The results showed that, in general, people looked more at the profiles of people who had been rated more successful and attractive.

But, those who were in a negative mood spent more time looking at the profiles of those rated less successful and less attractive.

“If you need a self-esteem boost, you’re going to look at people worse off than you.

You’re probably not going to be looking at the people who just got a great new job or just got married.

One of the great appeals of social network sites is that they allow people to manage their moods by choosing who they want to compare themselves to.”