Depression Alleviated By Feeling Connected to a Group 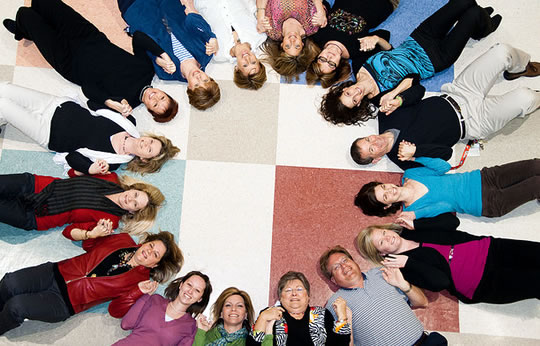 It’s not just being in a group that helps depression, it’s identifying with the group that’s vital.

It has long been known that social connections are vital for a person who is experiencing depression.

Now, though, new research finds that it’s not just social groups which help those with depression, crucially it’s identifying with that group which helps alleviate depression.

The conclusions come from an Australian study of patients both at risk and diagnosed with depression who had joined a number of local groups (Cruwys et al., 2014).

Some did yoga, other sports, art or sewing.

Another group of people in a separate study visited the hospital for group therapy.

In all the cases, though, people were joining a new social group — whether it was in a clinical setting or otherwise.

Around three months after they joined the group, participants had their levels of depression measured, along with how much they identified with the group they’d joined.

In comparison to beforehand, those who did not strongly associate with the group, had a 50% chance of continuing to be depressed.

However, those who identified with their group — who saw the other members of the group as ‘us’ rather than ‘them’ — had just a one-third chance of experiencing depression.

These patients who strongly identified with the groups they’d joined — whether at the hospital for group therapy or in their hobbies — said they felt supported because they were ‘in it together’.

“We were able to find clear evidence that joining groups, and coming to identify with them, can alleviate depression.

“Our work shows that the ‘group’ aspect of social interaction is critical.”

One of the hallmarks of a depressed person is that they withdraw from social connections, but aiding recovery is about more than just being in contact with people:

“…a group has to matter psychologically in order to be beneficial for depression – simply “showing up” without commitment or engagement is unlikely to be sufficient.”

The authors conclude that their study suggests…