What Video Games Do To Children 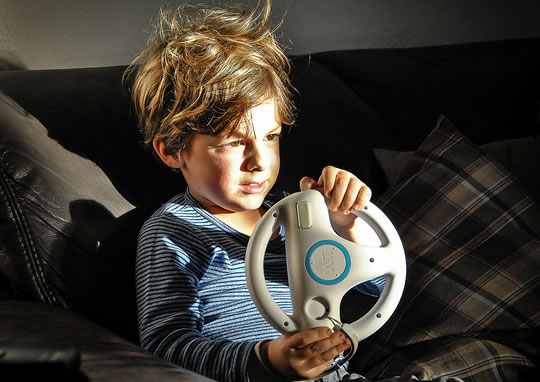 Fears about what video games are doing to young minds have been growing for years — not least because now 97% of teenagers play them.

They’re said to reduce socialising with real friends, damage psychological adjustment and the violence depicted in many games may be corrupting.

On the other hand, some studies have suggested benefits like improved thinking skills, hand-eye co-ordination, perhaps even greater attention and creativity.

What should parents — and society at large — make of all this conflicting talk?

Now a new study, conducted by Oxford University psychologist Dr Andrew Przybylski, of almost 5,000 young people in the UK has looked at both the positive and negative effects of video games together for the first time (Przybylski, 2014).

The results, published in the journal Pediatrics, are cautiously positive about video games, but still support the old saying: everything in moderation.

Across the children, who were between 10- and 15-years-old, the results showed that the best adjusted children did play video games, but usually for less than one hour a day.

These children were most likely to report:

Doing worse on these measures were teens that didn’t play any video games and those who spent at least half of their daily free time on video games (over 3 hours).

For moderate players of video games — those who indulged for somewhere between 1 and 3 hours a day — there were no positive or negative effects on their psychological adjustment.

However, even the negative effects of playing video games too much were relatively insignificant compared to the effects of material deprivation or family conflict.

‘These results support recent laboratory-based experiments that have identified the downsides to playing electronic games.

However, high levels of video game-playing appear to be only weakly linked to children’s behavioural problems in the real world.

Likewise, the small, positive effects we observed for low levels of play on electronic games do not support the idea that video games on their own can help children develop in an increasingly digital world.”

By the same token, there was little evidence that playing video games was doing children that much good.

“Some of the positive effects identified in past gaming research were mirrored in these data but the effects were quite small, suggesting that any benefits may be limited to a narrow range of action games.”

So, despite all the worry and hype, this study at least suggests the effects of video games on teenagers’ psychological adjustment are relatively neutral.