The Type of Yoga That Boosts Memory and Attention 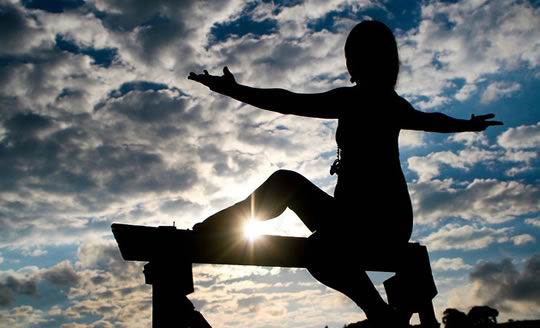 Practicing hatha yoga three times a week over eight weeks improved the brain function and performance of older adults, according to a new randomised controlled trial.

Sixty-one adults, who were between 55- and 79-years-old, had their reaction times and accuracy at cognitive tests measured before and after an eight-week yoga course (Gothe et al., 2014).

Their results were compared with a similar group who met on the same schedule, but instead performed stretching and toning exercises.

Professor Edward McAuley, who led the study with Neha Gothe, explained the results:

They were also able to perform the task at hand quickly and accurately, without getting distracted.

These mental functions are relevant to our everyday functioning, as we multitask and plan our day-to-day activities.”

Hatha yoga is an ancient spiritual practice which involves adopting a series of postures, along with meditation and focused breathing.

The word ‘Hatha’ means ‘force’ or ‘violence’ and refers to the physical techniques used in this very common form of yoga.

Despite its name, this form of yoga usually has relatively gentle and easy to learn movements; it’s the form that most people are likely to learn first.

“Hatha yoga requires focused effort in moving through the poses, controlling the body and breathing at a steady rate.

It is possible that this focus on one’s body, mind and breath during yoga practice may have generalized to situations outside of the yoga classes, resulting in an improved ability to sustain attention.”

The results, which were reported in the Journals of Gerontology Series A: Biological Sciences and Medical Sciences, confirm a recent study which found a short yoga session stimulated brain function immediately.

This, along with its power to reduce stress, depression and anxiety make it a fascinating practice.

“These studies suggest that yoga has an immediate quieting effect on the sympathetic nervous system and on the body’s response to stress.

Since we know that stress and anxiety can affect cognitive performance, the eight-week yoga intervention may have boosted participants’ performance by reducing their stress.”