The One Simple Question That Identifies a Narcissist 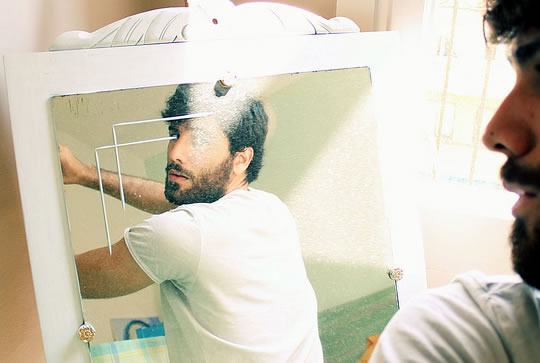 Study of 2,200 people finds that just one question will reveal the true egomaniac.

But soon they become a pain.

So how can you easily identify a narcissist before you get in too deep? The answer is: you just ask them.

Until now psychologists have generally used a questionnaire with 40 items called the Narcissistic Personality Inventory.

Now a new study shows that you can identify narcissists almost as accurately using just one question (Bushman et al., 2014).

In the study of 2,200 people of all ages, people were asked one simple question, including the part in brackets:

“To what extent do you agree with this statement: “I am a narcissist.” (Note: The word “narcissist” means egotistical, self-focused, and vain.)”

The results were pretty close to other measures of narcissism, which all require more questions.

It probably works so well because of the very nature of narcissism itself.

People who are narcissists are almost proud of the fact. You can ask them directly because they don’t see narcissism as a negative quality — they believe they are superior to other people and are fine with saying that publicly.”

While narcissists seem attractive at first, their personalities can be toxic in the long-run because they have little concern for the feelings of others.

“Overall, narcissism is problematic for both individuals and society. Those who think they are already great don’t try to improve themselves.

“And narcissism is bad for society because people who are only thinking of themselves and their own interests are less helpful to others.”

Why not try out the narcissist question on those around you right now and see what results you get?

You might be surprised how many people admit to being narcissists.

→ Read on: One recent study suggested this method for how to get a narcissist to feel empathy.