Why We Love Narcissists (At First) 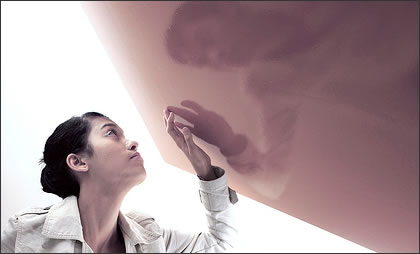 Paradoxically we initially like narcissists more because of their exploitative, entitled behaviour—but it doesn’t last long.

Despite being self-absorbed, arrogant, entitled and exploitative, narcissists are also fascinating.

And not just from a clinical perspective; the research finds that we are strangely drawn to their self-centred personalities, their dominance and their hostility, their sensitivity and their despair, at least for a while.

Psychologists are fascinated by narcissists, both why we like them despite on some level recognising their dysfunction, and because they embody so many paradoxes. Extreme narcissists inevitably reveal their true nature to those around them and are soon rejected. So why don’t we (and the narcissists) learn?

To find out social psychologist Mitja Back and colleagues decided to investigate (Back et al., 2010). They asked 73 freshman students who had never met before to introduce themselves to the rest of the class, one by one. Each person was rated by all the others on how likeable they were as well as being videotaped for later analysis. After the session all the students filled out some questionnaires, amongst which was an assessment of narcissistic personality traits.

Here are the findings:

Naturally all these effects only hold true in the short-term. Narcissists are usually soon found out and shunned since few people will put up with a self-absorbed, authoritarian, arrogant, exploitative friend.

The paradoxes of narcissism

But there are all sorts of paradoxes in the way narcissists behave. Here are three that this research helps explain:

The first two are partly explained by the fact that narcissistic behaviour is, at first, attractive to other people. Behaving selfishly seems to bring them a rush of admiration which they get addicted to, while devaluing others when the inevitable rejection comes, covering it up by searching out new people to worship them.

The reason narcissists fail to spot this cycle may well be that friends and partners never hang around long enough to tell them in such a way that they actually believe it and want to do something about it.

One of the best showcases for narcissists at the moment is reality TV. This study shows exactly why narcissists are so perfect for this format. They first capture our attention and liking with their self-confident, flashy, arrogant behaviour. Then, later, when we see what they’re really like we come to despise them. It makes compelling TV: participants can be built up then knocked down, with plenty of emotional breakdowns along the way to keep us ‘entertained’.

So the practical upshot of this study is: don’t encourage the narcissists by paying them any attention. Not only are we likely to get hurt ourselves when they use us, but it keeps them stuck in a loop of attraction and rejection.

There you are: a perfectly reasoned argument for never ever watching reality TV (as if you needed one!).