“I Am a Lovable Person!”: Why Positive Mantras Backfire For Some 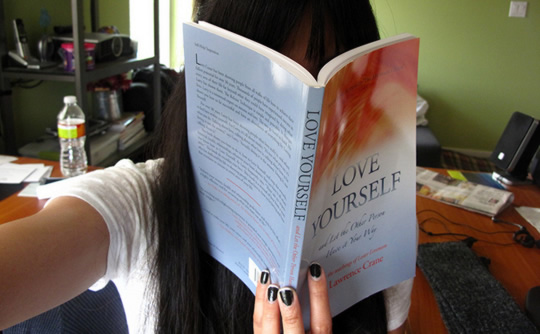 The positive mantra has long been a staple of self-help books.

According to many self-help books, the idea is simple and intuitive: repeating “I am lovable,” or “I am confident,” will move a person towards these states.

According to psychological research, though, these statements don’t work for everyone and, for some, may even backfire (Wood et al., 2009).

Canadian psychologist Joanne V. Wood and colleagues decided to test the effects of what they term ‘positive self-statements’.

First they wanted to see how many people used these kinds of statements.

A survey of 249 undergraduates showed that the majority used them from time-to-time and even more frequently during stressful period, like before exams.

Next, the researchers wanted to see what kind of effect these self-statements had on people’s self-esteem.

Participants were asked to repeat “I am a lovable person,” and their self-esteem was measured before and afterwards.

Those who already had high self-esteem did indeed feel better about themselves: it seems that they believed the statement.

A blow to self-esteem

But for those with low self-esteem, the statement backfired, causing their self-esteem to decrease.

This probably happens because the mind is not that easily tricked.

When a person with low self-esteem tries to tell themselves that they are a lovable person, however true it may be they may experience more contradictory thoughts, which end up making them feel worse.

“Injunctions to ‘‘think positively’’ are pervasive in North America.

Self-help books, television shows, and loved ones advise thinking positively when one faces a challenge or is unhappy.

Yet the present results suggest that for certain people, positive self-statements may be not only ineffective, but actually detrimental.” (Wood et al., 2009).

They finish with a warning:

“…outlandish, unreasonably positive self-statements, such as ‘‘I accept myself completely,’’ are often encouraged by self-help books.

Our results suggest that such self-statements may harm the very people they are designed for: people low in self-esteem.”

The findings echo those from a recent study which found that positive thinking can be harmful for some people.

Instead, try practicing a little self-acceptance and self-compassion.