How to Use Language to Subtly Project Power 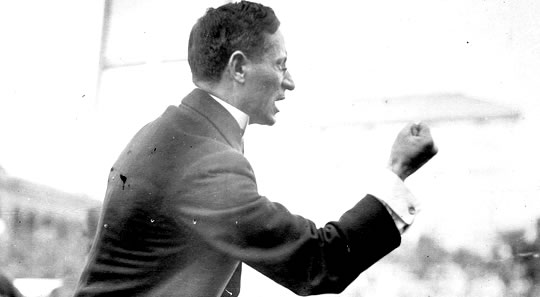 Why framing the debate is such a powerful and subtle device.

Those in power tend to talk about the big picture rather than the details, a new study finds.

By the same token, if a speaker focuses on abstract concepts, this sends the message that they are a powerful person.

The conclusions come from six experiments published in the Journal of Personality and Social Psychology (Wakslak et al., 2014).

In one typical experiment, participants read quotations about a political event, each attributed to a different politician.

The politicians who used abstract language — like the example above, talking about ‘a national tragedy’ — were rated as more powerful.

The same result emerged across all the experiments conducted in different contexts:

“Use of abstract language that captured the gist or meaning of an event led a speaker to be perceived as more powerful, relative to concrete language that focused on specific details and actions, regardless of whether the speaker was discussing a person, a societal issue, or a product; describing something negative or positive; or saying a few words or several sentences.” (Wakslak et al., 2014)

The study found that two factors were important in how abstract speech conveys power:

“When people use abstract language, they communicate that they are removed from the action and able to distill the gist or essence of the situation, instead of focusing on the concrete actions that would be most salient if they were ‘on the ground.'” (Wakslak et al., 2014)

Like speaking with a deeper voice, then, using abstract language is a simple way to convey to others that you are powerful.