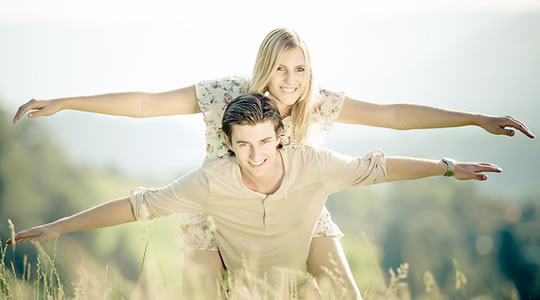 You can tell their DNA is similar because their arms are stuck at the same angle.

Now you can add similar DNA to similar religion, race, income, education, body type and age, to the attributes which people look for in a partner, whether they know it or not.

New research shows that people are more likely to pick a mate with similar DNA, even after taking into account genetic similarities between people in a geographic location (Domingue et al., 2014).

This is the first study to look at similarities in spouses’ genetics.

“It’s well known that people marry folks who are like them.

But there’s been a question about whether we mate at random with respect to genetics.”

For the research, the genomes of 825 non-Hispanic white American couples were analysed to see if their DNA was any more similar than two random people from the same sample.

Across 1.7 million single-nucleotide polymorphisms, they found that there were fewer differences between married couples than two randomly selected individuals.

Previous studies have shown that one of the strongest factors in choosing a partner is educational level.

This study found that the effect of similar DNA was about one-third that of education on mating choices.

Opposites do not attract

Contrary to the common saying, study after study has shown that, on average, opposites do not attract.

There’s little doubt that ‘birds of a feather fly together’: people look for similarities when choosing a partner.

Now we know that this is even true at a genetic level.